How do I know I can trust these reviews about Dashlane ?

Recurring payment was set off and however you charged my debit card. More than 6 month ago I deleted the software from my desktop. They give a 30 days payback guarantee but contacting support is a nightmare.

This extension is locked into my browser. I didn't download it, I didn't want it, and there's no way to get rid of it. Every text field in every web page causes a pop-up asking me to enter my password. There is no way to disable the Chrome extension. I've had professional IT services attempt to wipe the extension from the browser without success.

Never ordered-never downloaded-never heard of company!! Ad on my computer sites that require a password offering a free trial--Have been trying for over a month to get rid of--No one will call you, just emails with ridiculous instructions to delete ads. They say they don't have staff to make call backs. Chats only offer a menu of items which don't help! 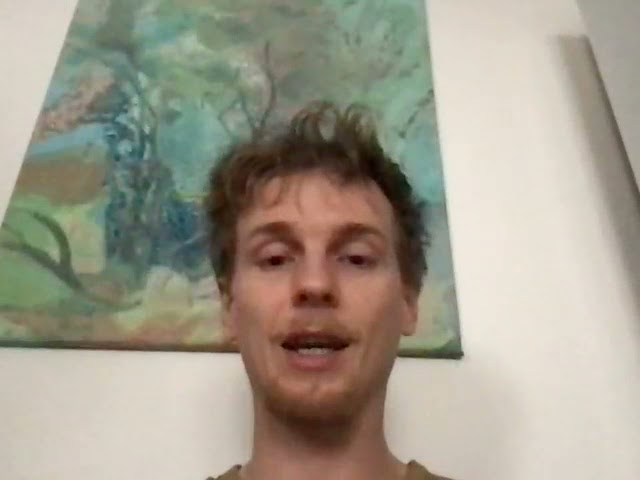 Review Transcript
I used to say that Dashlane was pretty good because I was happy with the fact that the support has always responded to my requests. But there’s a question that looms that if that’s the best thing about the product, and I have exchanged 80 emails with them, maybe the product itself isn’t really good. And that’s what I’ve been feeling for over the one and a half or two years that I’ve been using the product. So, the most pressing matters were that sometimes some of the notes were not saved when I saved them, even though it appeared as if they were saved. But most importantly, for today, if you have a Two-Factor Authentication setup, like this time, in October 11th of 2021, you’re not able to disable 2FA. Because they had removed their old application which had a setting, a configurable. And in their new app, it’s not present. It’s not present in the web app, not in the extension, not in their new Apple Store app, and not on the phone app. So, you’re stuck with the 2FA.  And interestingly enough, you’re not even able to use your backup codes in the new app, because the new app only consumes the six codes generated by a 2FA device. And if you have backup codes, you cannot place them there. So you’re not even able to log in into the new app. So you’re forced to use the old app, but to get to the old app, you need to contact support. And even if you install the old app, it will not open because it will tell you to go to the new app. So you kind of have to remove yourself from the manage logins. Well, it gets really crazy. And I think that’s very unprofessional from a product. You can’t basically log in to your data.
6 people found this review helpful

Initial received a response from chat online support which was helpful....then nothing! I still can't access my account 10 days later! No reply from any of my recent emails. I am now going to legally request my personal data, which they are withholding without my consent! Initially Dashlane was fantastic until something goes wrong then try all your might to get back in to your account! Such a shame customer support lets this company down. I really do get the impression some young lad designed it and can't be bothered resolving issues.

When I first started using Dashlane I was happy with it. Eventually I had some problems. Dashlane would create multiple passwords, so that I had 2-3 of the same account and passwords. I researched trouble shooting. I could not find anything that would help fix my issues. Dashlane has NO tech support or customer service. I canceled my account and asked for refund of the balance. I ended up getting billed for another year 6 months after I canceled my account. I sent many messages advising them of problems I had experienced and requested them to refund the new charge. I never received a response if any kind. After sending more messages I finally got a reply saying it had been more than 30 days so they would not issue a refund. This is very sad because it could be a good product. SAVE YOUR MONEY. This company has NO tech support and NO customer service. They do not honor their refund policy.

I upgraded my Dashlane password keeper to premium several years ago. Today I found out what I was paying for-nothing. As late as just last night I changed my password to an account that I had only created within the past nine months or so. I logged into the website only to see create an account without noticing the log in in smaller print at the bottom. In the process I created a new password that I immediately changed in dashlane only to be met with the prompt on the app that an account already existed. Despite my many attempts to change my password no e-mail was ever received to reset it. Thankfully, Dashlane now features a password history feature that, in my case, only went back as late as six months ago. There was no record of my password change last night- USELESS! What a waste of money!

I've been using Dashlane successfully for many years. My problem began with their online version. It only imported a few passwords, All remain on my computer but no auto logon. Originally the website I was trying to enter prompted me to set a new password. I've had to resort to copy and pasting. Then Dashlane app offered to save the info, After doing this a few times I created a mess in my passwords. Customer service - no people, no phone, no chat--only Dashy the automated response. I had upgraded to family premium. Within 30 days I was entitled to a refund. Ha!!!! I'd like to give the 0 stars.

No phone calls to them allowed. 2 days to respond to first email, 5 days to respond to second. Their web page and my credit card both show I'm premium till July 21; they all of a sudden say I'm not. Sent me the same identical non-response twice. Consumer Reports has 4 other p/w managers rated above them (Keeper, 1Password, BitWarden, Lastpass); I'm moving on. They are a Canadian company and have shown less and less interest in keeping their American customers happy.

I took Dashlane out of my comp. I find it useless and glitchy and was able to uninstall it thankfully but I know many who cant take it out. But this is the worst program I have every seen, all the reviews I see are horrible for dashlane. I will never put it in my comp. It came preinstalled but it's gone now.

Dashlane is a standalone password manager that can be run on a computer or smartphone. It saves all sorts of sensitive information, not just passwords.

What problem is Dashlane trying to solve?
Dashlane is focused on making identity and payments simple and secure everywhere.
What sets Dashlane apart from the competition?
We place a priority simplicity and universality. Dashlane is designed so even the most novice users will be able to easily navigate the product. We strive to have this same simple user experience on every platform.
What needs does Dashlane fulfill, and how do you fulfill those needs better than your competition?
Dashlane helps users manager their online identity with a fully-featured password manager and secure digital wallet app. Dashlane allows its users to securely manage passwords, credit cards, IDs, and other important information via advanced encryption and local storage. We have helped 3 million users manage and secure their digital identity, and have enabled over $2 billion in e-commerce transactions.
How does Dashlane measure success?
Success in the short-term is based upon user feedback and public reviews of the product. We have worked hard to deliver a great product that works and have been lauded by The New York Times, USA Today and The Wall Street Journal as having the best product on the market.
What’s the most common misconception consumers have about password managers?
Unfortunately the greatest challenge is that most people do not even know that password and identity managers exist. The majority of the public struggles with organizing and securing their online life and have no idea there are solutions that can fix their problems.
How has your industry changed in the last 5 to 10 years?
The industry has become more visible as the number of security breaches and hacking incidents have increased. 10 years ago, a product of ours was considered a luxury or non-essential. In today's online climate there is a growing understanding that it is a necessity.
What is something you wish every consumer knew about Dashlane?
We wish every consumer knew about identity and password solutions. Most consumers struggle with these issues and are completely unaware about how to tackle the problem. We believe Dashlane offers a solution that merges convenience and security; two elements that consumers often believe are mutually exclusive.
Has Dashlane received any awards or recognition your customers would like to know about?
We have been selected by the following publications as being the best in our industry:

The Wall Street Journal – “I recommend Dashlane. It's so simple, so you'll actually use it.”

Highest rated productivity app on iTunes
How has Dashlane grown or evolved?
We released a new version of our product that enables users to securely share passwords and have additional features that will be rolled out over the coming year.