Why college applicants should clean up their social media

Over half of admissions officers check applicants' social media, according to a new survey 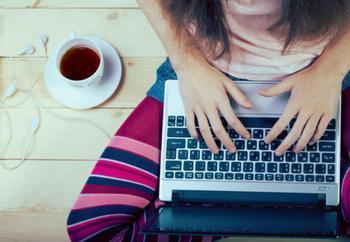 Good grades and high SAT scores aren’t all you need to get into college. To rise above the competition, you might need to give your social media accounts a good scrubbing.

Nearly 80% of admissions officers rank “quality of character” as an important factor in the decision making process, according to new research by The Social U, a company that analyzes social media data.

While glowing letters of recommendation may vouch for your character to some extent, your social media profile often paints a more honest picture.

“Colleges have their own brands to protect and reputations to build,” The Social U explains on its website. In an effort to ensure that only the highest quality applicants are sent an acceptance letter, 50% of admissions officers admitted to checking applicants’ social media.

Scholarship seekers and applicants with a disciplinary record may be more likely to have their social media accounts checked, says The Social U founder Julie Fisher.

With social networking companies making it easier than ever for teens to broadcast every detail of their day, all students applying to college may want to consider cleaning up their social media act.

Over half of admissions officers (57%) said they discovered concerning online content when reviewing a student’s social media profiles. Offenses included violent symbols or expressions, evidence of prejudice, drinking or drug use, negative commentary about school, some degree of nudity, and overuse of profanity.

Nearly 70% of college admission officers reported seeing a form of prejudice on applicants’ social media profile, according to the survey.

Cleaning up your accounts

Future college applicants should begin cleaning up their social media accounts around the end of their sophomore year and the beginning of their junior year, says Judy Liesen, a guidance counselor at Quincy Notre Dame High School.

Students can demonstrate their quality of character by posting about extracurriculars or volunteering, she says. It may also be wise to delete any photos that could be misinterpreted by admissions officers.

Joining LinkedIn is another way to give yourself an admissions boost online. To further drive home that you're a serious applicant, make sure your Twitter handles and other usernames are professional.