Toyota is liable for a fatal car crash that sent a driver to prison, appeals court rules

Koua Fong Lee's Camry was not included in Toyota's sudden acceleration recall, but Lee insisted that his car did exactly that

The idea that a car could accelerate against its driver’s wishes had not yet entered the public consciousness when a Minnesota jury convicted Koua Fong Lee of vehicular homicide in 2007. Lee had been driving his family home from church the previous year when his 1996 Toyota Camry crashed into an Oldsmobile at the end of the ramp, killing one man and two children.

It wasn’t until the third year of Lee’s eight-year sentence in prison that another fatal crash involving a runaway Toyota, press coverage, and a government investigation gave credence to the story Lee had told prosecutors and the jury from the beginning. Lee maintained in his criminal trial that the Camry had suddenly accelerated on its own that day and did not stop when he applied the brakes.

With Toyota’s subsequent $1.2 billion penalty issued by the Department of Justice over unintended acceleration now in the rearview mirror, the defect is no longer the stain on the company’s reputation it once was. But in civil court, Toyota and its attorneys have continued to battle Lee and the families of those who died in that 2006 crash. On June 9, an appeals court finally issued a ruling in Lee and the families’ favor, upholding a 2015 verdict that Toyota is mostly at fault for the crash due to defects in the Camry related to sudden unintended acceleration.

“I’m thrilled. I’m really, really happy that this nightmare is over for Koua and his family,” Julie Jonas, legal director for the Innocence Project of Minnesota, tells ConsumerAffairs. Her organization took up Lee’s criminal case while he was in prison, after accidents involving Toyota vehicles and sudden acceleration made news.

While working on his defense, "I think we heard in total from, gosh, about 40 or 50 drivers who had similar situations with their cars,” Jonas says. The legal team ultimately used testimony from about a dozen of those drivers in his post-conviction hearing, leading a judge to cut Lee’s sentence short and free him from prison in 2010.

Lee and crash victims fought Toyota together in civil court

Lee and his legal team weren’t the only people who had blamed the Camry for Lee's fatal car crash. The family members of those who were hit and killed by Lee’s car later filed a lawsuit against Toyota blaming the car manufacturer for their loved ones’ deaths. After his release from prison, Lee joined the families in their civil suit as a co-plaintiff.

In 2015, a jury ruled in favor of Lee and the families, issuing a verdict that the company was 60 percent liable for the crash and owes the victims a total of $11 million. But Toyota appealed that jury’s decision, sending the case up to the 8th Circuit Court of Appeals, which last week upheld the 2015 verdict.

“We sympathize with everyone affected by this unfortunate accident from 2006,” Toyota’s press team says in a statement to ConsumerAffairs. “While we respect the Eighth Circuit’s decision, we continue to believe the evidence shows that Mr. Lee’s 1996 Camry was well-designed and was not the cause of this accident.”

Questions linger about cars not included in Toyota recall 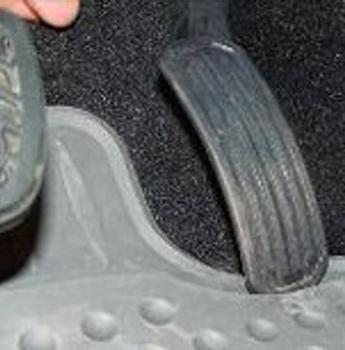 The 1996 Camry that Lee drove was not included in Toyota’s massive recall of cars over unintended acceleration. Toyota had initially blamed faulty floor mats for causing the defect in a 2007 recall.

In 2010, when the issue gained national attention, Toyota said the problem could also be caused by “sticky” accelerator pedals and took more cars off the market. The manufacturer ultimately recalled over 9 million vehicles for either the floormat or accelerator problem and in 2014 was fined $1.2 billion by the Department of Justice for covering up the defects causing unintended acceleration.

But some experts, attorneys and whistle-blowers have publicly raised concerns that Toyota’s recall and settlement never went far enough in addressing the full causes of runaway cars or the extent of the problem. These critics say that unintended acceleration may in fact be caused by an electronic software glitch, one that isn’t limited to Toyota.

Among the people who are pushing this theory is Betsy Benjaminson, an Israeli translator who was hired through an agency in 2010  to oversee the translation of internal Toyota documents from Japanese to English. Initially oblivious to the sudden acceleration controversy in the United States, Benjaminson slowly pieced together that Toyota’s engineers in Japan were discussing what she says is defective computer software in the vehicles. Benjaminson eventually made the difficult decision to violate her own contract as a translator and leak the internal Toyota documents to the press.

"I worked for about a year and half before they noticed I leaked to CNN,” Benjaminson told ConsumerAffairs in an interview from Israel via Skype earlier this year. That leak led to a 2012 CNN report which similarly reports that a software glitch had been causing unintended acceleration in Toyotas.

"The cruise control activates by itself at full throttle when the accelerator pedal position sensor is abnormal," the translated document reportedly says. (CNN says in their story that they hired two translators of their own to verify the translation's accuracy).

Otherwise frustrated with what she viewed as a lack of interest in the mainstream American media, Benjaminson later posted internal company documents on her personal blog, where they remain live today. Toyota tried to force the documents back in the shadows as part of its defense against a growing number of class-action lawsuits in 2014, but the company lost interest in enforcing Benjaminson's contract when they learned she had been diagnosed with ALS, a fatal disease, she tells ConsumerAffairs.

In a statement to ConsumerAffairs, Toyota’s press team did not discuss the contents of the documents that Benjaminson had leaked but rather points out that publishing them is a violation of Benjaminson's employment.

“We believe the release of these documents is a clear violation of the translator’s obligations to her employer at the time and Toyota,” Toyota's press team writes to ConsumerAffairs via email. “And, as the MDL Court's December 2014 ruling confirmed, Ms. Benjaminson's possession and dissemination of certain of those documents was also a clear violation of the protective order governing confidential materials in litigation against Toyota.”

A 2013 decision over electronics

Trial lawyers, along with mechanical engineers or software experts that sometimes work as expert witnesses for attorneys in car crash cases, have also argued that defective software could explain many sudden acceleration cases.

That legal strategy has had some success. In 2013, a jury sided with plaintiffs in Oklahoma who had alleged that defective software was to blame for a crash in which driver Jean Bookout was behind the wheel of a 2006 Camry. After the jury announced their verdict, but before the jury decided on punitive damages, Toyota agreed to settle with Bookout for a confidential amount.

Don Slavik, a trial lawyer and former engineer, is among the attorneys who continue to represent plaintiffs in personal injury lawsuits against Toyota and other car manufacturers over sudden unintended acceleration. In an interview in January, Slavik told ConsumerAffairs that Toyota "violated their own coding rules," among other problems that could affect the car's electronics.

In the case of Koua Fong Lee’s 1996 Toyota Camry, attorneys representing Lee and the crash victims' relatives focused on the pulleys in the throttle that control the car's accelerator. The attorneys argued that the unintended acceleration in this instance was caused by overheated pulleys, a defect that they said caused the engine to overheat while also jamming the accelerator.