Survey suggests consumers are overspending for the holidays

Credit card balances are rising and savings accounts are falling 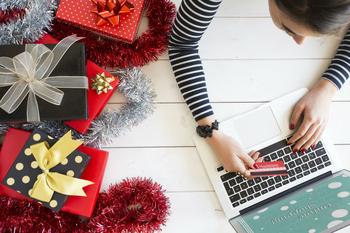 Early estimates show a sharp increase in holiday spending this year, and while that can help boost the economy, it comes at a steep cost for consumers who go overboard.

Data collected by COUNTRY Financial suggests many consumers are unfortunately doing just that.

The company's survey gauged consumers’ sense of financial security, finding many are overspending on the holidays. Many households are adding to existing high-interest credit card debt, with around 57 percent of respondents saying they expected to go into holiday debt this year.

One worrisome trend in the survey suggests more consumers are dipping into their emergency savings to help pay for the holidays. Nearly one in five consumers admitted to using savings to go shopping.

Still, that might be better than going into debt to pay holiday expenses, which 31 percent said they are.

"We can’t say if people feel overconfident or strapped this holiday season as our research doesn’t give us the 'why' behind their responses," Doyle Williams, executive vice president at COUNTRY Financial, told ConsumerAffairs.

But Williams says the research does reveal that a majority of respondents don’t have a plan to pay for their holiday spending.

"Only 23 percent say they have a budget and plan to stick to it," Williams said, noting that creating a holiday budget can take a lot of stress out of the holidays.

An end of the year study by NerdWallet estimates consumers' total credit card debt weighs in at just under $13 trillion. Federal Reserve data shows nearly half of consumer households carry a credit card balance from month-to-month.

The study put the average household credit card debt at $15,654, with consumers paying an average of $904 a year in interest.

But the study suggests not all of this debt stems from discretionary spending like Christmas gifts. The authors estimate as many as 27 million consumers are using their credit cards to pay medical expenses.

That finding is in line with a report last week that found 42 percent of consumers in a survey were using credit cards to meet basic expenses, including healthcare costs.

With Christmas rapidly approaching, Williams says consumers should resist the urge for a last-minute shopping splurge.

"Last minute shoppers need to ask themselves two questions," he said. "Do they really need to make those additional purchases? Can they pay for the purchases without borrowing money?"

If you haven't finished your shopping yet, Williams suggests making a list of people for whom you need to shop, then assign a dollar amount to cover everyone without going into debt. He says controlling your finances now may mean you won't be paying for this Christmas next December.