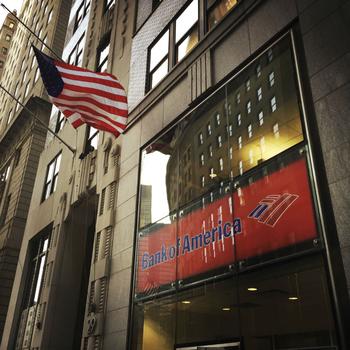 People from foreign countries who have lived in the United States for years say that they used to keep their money in Bank of America accounts without any problem. As long as they continued to show the bank proof of their legal residency, their stories go, the money was safe.

Without warning, that policy appears to have changed, leaving people with no way to access their own money. The Miami-Herald is reporting that an Iranian who has been studying for his PhD at the University of Miami has suddenly been locked out of his account.

The student is also married to an American citizen, but marriage does not automatically grant citizenship -- couples still have to undergo an intensive screening and interview process before citizenship to the foreigner spouse is granted.

For his first seven years in the United States, Saeed Moshfegh said that all he had to do was show his proof of residency to keep his Bank of America account functioning. Last Thursday, however, a bank agent told him that the documentation was not acceptable.

“This bank doesn’t know how the immigration system works, so they didn’t accept my document,” he told the Herald. The change has left him unable to take out cash, pay his rent, or make payments on his credit card.

The apparent policy change comes at a time when the US Department of the Treasury is asking banks to collect more information about their customers.

In a statement to the Herald, Bank of America denied that it had changed its policies in any way, but it declined to talk about specific cases.