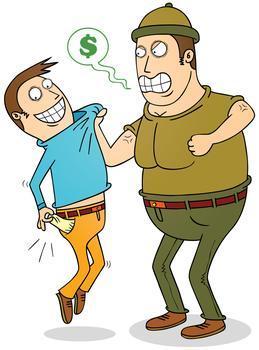 Now, four Democratic members of the U.S. Senate have fired off a letter, obtained by The New York Times, to Pioneer Credit Recovery, one of the firms hired by the IRS, suggesting the company has stepped over legal boundaries in its effort to collect the government's debts.

Pioneer denies the allegations and says it "has followed all IRS protocols in working with the Internal Revenue Service to recover millions of dollars in taxes that have gone unpaid for years."

In a statement emailed to ConsumerAffairs, Pioneer said it "has satisfied an extensive list of IRS-conducted audits and tests, encompassing all facets of the program including receiving approval from the IRS on all scripts and procedures." Pioneer has created a page that illustrates the process.

According to the letter, the senators are concerned that Pioneer violated the Fair Debt Collections Practices Act and the IRS Code. Specifically, the lawmakers said the call scripts appeared to pressure taxpayers into risky financial transactions in an effort to come up with the money. The senators also said the debt collectors' behavior was too similar to that employed by scammers, who often impersonate IRS personnel.

The lawmakers particularly objected to debt collectors' suggestions about how debtors should go about obtaining the money. They say delinquent taxpayers are being advised to take out a second mortgage on their home or cash in their retirement accounts if necessary.

“Pioneer is unique among IRS contractors in pressuring taxpayers to use financial products that could dramatically increase expenses, or cause them to lose their homes or give up retirement security,” the letter states.

As we reported back in April, when the law authorizing private debt collection went into effect, the IRS described the accounts as old and the subject of repeated and unsuccessful collection attempts.

“The IRS is taking steps throughout this effort to ensure that the private collection firms work responsibly and respect taxpayer rights,” IRS Commissioner John Koskinen said at the time.

Pioneer Credit Recovery is a subsidiary of Navient, a federal student loan servicer sued in January by the Consumer Financial Protection Bureau, which alleged it had failed borrowers at every step of the repayment process.

Pioneer Credit Recovery is a large debt collection agency, and has contracts with several state governments as well as the IRS. Consumers posting reviews of the company on ConsumerAffairs have made accusations that, in many respects, closely remember those leveled by the four United States senators.