Cryptocurrency market loses 10 percent of its value in 24 hours

Bitcoin continues its slide, falling below $6,000 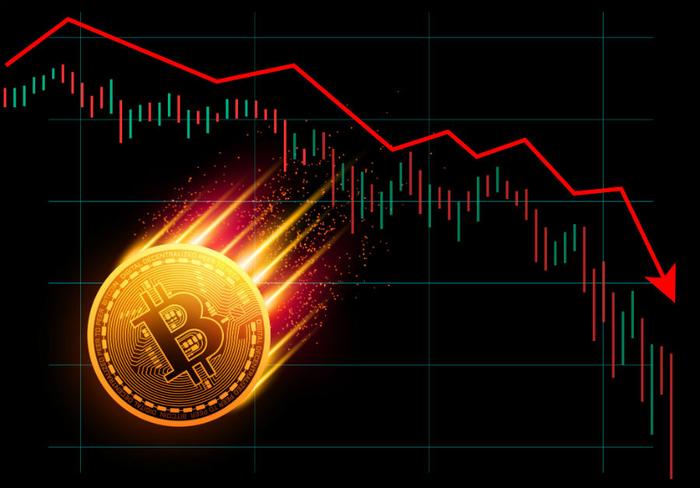 Crypto watchers aren’t about to run for their proverbial lives, but they have to be seeing red as the entire cryptocurrency market lost 10 percent of its worth in a single day.

However, stockwatchers who put faith in charts say Bitcoin hasn’t bottomed out quite yet.

“Looking ahead, the downtrend in bitcoin prices could continue as the technical chart analysis is calling a deeper sell-off – although support at $5,650 could hold for now,” wrote Omkar Godbole, a writer who specializes in technical chart-based updates for CoinDesk.

Are we on a highway to crypto hell or crypto heaven?

Bitcoin has lots of company along for the ride down. In fact, 92 out of the top 100 cryptocurrencies have suffered double-digit losses over the last 24 hours.

Across the crypto landscape there’s pothole after pothole. Just days ago, ConsumerAffairs reported that Bitcoin got kicked in the teeth when the SEC slowed a decision on whether to approve a Bitcoin ETF, a move that Bitcoin bulls felt would have lit up the cryptocurrency market.

There have been hacks that wiped out billions, and several major social networks have shut the door in the faces of cryptocoin advertisers.

Then, there’s the ransomware soap operas. The entire city of Atlanta was held up by crypto thieves demanding a payoff in Bitcoin when a ransomware attack kicked much of the city’s computer system offline.

In another interesting twist, one described as a “sextortion” scam, consumers received emails claiming that malware was secretly installed on pornography sites they visited. To prevent the tell-tale video from being sent to everyone on the victims’ contact list, a ransom had to be paid in Bitcoin.

Despite those potholes, there’s plenty of folks who believe in the digital currency and are unafraid to put their money where their mouth is.

States like Wyoming are also embracing the boon in hopes of amping up the digital economy. In March 2018, the state gave the green light for the growth of cryptocurrency and blockchain by signing off on five new laws and amendments to bolster the development of the new currency.

Cryptocurrency has some interest from Congress, too. Key members of Congress say they are open to developing new rules to address the risks that have appeared in a turbulent cryptocurrency market.