Foreign country tax dodges are nothing new, but foreign entities are getting wise and want their pound of flesh 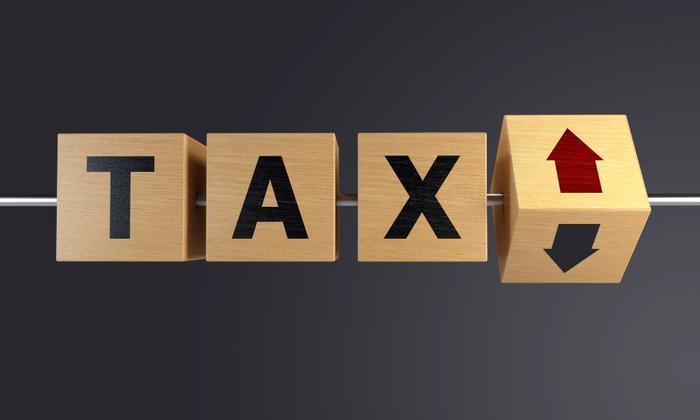 Apple’s CEO Tim Cook is calling for an overhaul to the global corporate tax world. At the heart of Cook’s comments is where multinational firms should be taxed -- a move prompted by the Organisation for Economic Cooperation and Development (OECD). A change could finally remove the loophole that allows corporations to use a foreign country as their “headquarters” for the purpose of tax avoidance or total tax evasion.

“I think logically everybody knows it needs to be rehauled, I would certainly be the last person to say that the current system or the past system was the perfect system. I’m hopeful and optimistic that they (OECD) will find something,” Cook said. “It’s very complex to know how to tax a multinational... We desperately want it to be fair.”

Cook didn’t come right out and say it, but he may be looking for a solution to the problem while hoping that the Irish government will let go of the 13 billion euros ($14.41 billion) in back taxes it took Apple to court over. Cook said Apple’s stance that the “law should not retrofitted” was at the sticky wicket in the case, but he believed the courts would find a way to work things out to everyone’s satisfaction.

What Cook is referring to

It’s a tad complex, but a potential solution could be the implementation of “international permanent establishment rules,” which could be “used to determine how much a company should be taxed based on a threshold of its activity in a given country,” explains Tee Say Kuek (Taylor's University, Malaysia).

“The concept is mainly based on physical presence such as the existence of offices, factories, warehouses etc. in a country. Based on existing tax rules, these digital companies report their profits in the country where their businesses are based, thereby depriving other countries of potential tax revenue.”

Meaning Big Tech, right? “The keys to classic business models are of little relevance for Silicon Valley giants like Google, Amazon & others. Today, digital businesses are able to have significant economic or digital presence without necessarily having a substantial physical presence. For instance, in July 2017 the French Government has failed to recover 1.1 billion euros (US$1.3 billion) for years 2005 to 2010 from Google as there was no permanent establishment in France,” Kuek wrote.

How the tax skirt plays out

Patricia Sabga, Al Jazeera America’s Economics and Global Affairs correspondent, laid out the tax skirt for the U.S. by taking one hypothetical company as an example.

“An American company that earns 1 billion dollars in profits on sales in the United States would face a U.S. tax bill of 350 million dollars before deductions, credits and write-offs. But if the company records those profits to an overseas subsidiary in say, Ireland, where the corporate tax rate is only 12.5 percent -- it would owe the Irish government 125 million dollars before any adjustments, and nothing to the U.S Treasury as long as the money is not brought home.”

Why Ireland? Well, kissing the tax blarney stone has a handsome payoff. In Apple’s case, it's one of Ireland’s largest multinational employers, with 6,000 workers punching the clock. It’s also the number one destination for tax inversions at 12.5 percent, a corporate tax rate nearly two-thirds lower than the U.S.

While other countries love saying they’re home to a major U.S. corporations, the blush has historically worn off once those foreign entities figured out how much was being left on the table. The cry for transparency has been a little late in coming, and Big Tech has kept its mouth shut, its hands in its pockets, and has remained hesitant to pay those foreign taxes.

The taxes Ireland wants Apple to pay is a case-in-point, as is Google’s situation with France. The French government has failed to recover 1.1 billion euros ($1.3 billion) for years 2005 to 2010 from Google because there was no permanent establishment in France.

“Currently there is no common action to tackle the taxing of digital business globally and each country is making its own proposals. There is a need for a global solution to the issue of how, what and where to tax income from the digital economy,” Kuek wrote.