National Cheap Flight Day happens this Friday, but is it a good deal?

Airfare deals are abundant almost any time of the year, but consumers have to move quickly to secure them 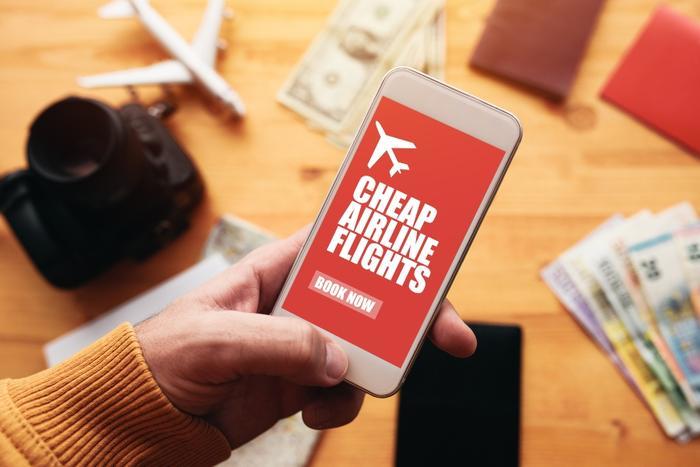 America has all sorts of “national” days. To go along with all our traditional days, consumers are fed topical days in the hope that celebrating may equate to added business or goodwill, such as with the UPS-driven National Returns Day. This month alone, there’s National Underwear Day, National Thrift Shop Day, and National S’mores Day. In addition to those days, every August also sees the celebration of National Cheap Flight Day -- this year happening on Friday, August 23.

The angle is pretty simple: August 23 is generally considered the day that airlines lower ticket prices to compensate for the typical lull between the end of the summer travel rush and the beginning of holiday travel.

"Coming off the expensive summer travel season, this four-week period is often overlooked as more consumers are focused on returning to their normal work and school schedules. It's really the perfect time to get a jump on holiday travel plans as prices will begin to climb by late September," said Sam S. Jain, Founder and CEO of Fareportal, the parent company of CheapOair and a participant in Cheap Flight Day, in a news release.

However, some claim that what Cheap Flight Day cheerleaders are pitching is “just not accurate” and that landing a good price on a flight can happen any day of the year, not just August 23.

“Cheap flights can pop up anytime,” said Scott Keyes of Scott’s Cheap Flights. “They’re unpredictable. When Flight Experts at Scott’s Cheap Flights found some of the best deals so far in 2019 -- $98 roundtrip to Hawaii on March 4, $280 roundtrip to China on June 27, $228 roundtrip to Barcelona on July 10 -- there was no advance notice. Nothing from 2018’s deals could have told us that March 4, June 27, and July 10 would be great days for cheap flights this year.”

Keyes isn’t the only skeptic. Forbes reported that Clem Bason, CEO of goSeek.com also had doubts about the specialness of August 23rd.

“I’m personally skeptical that there’s a specific day that offers these savings opportunities,” Bason said. “I’ve seen no data to support that you’re better off buying your tickets right on Cheap Flight Day versus the day before or after,” he said.

So, who should the consumer believe? From where ConsumerAffairs sits, finding a great deal on a flight is a crapshoot. If you search Google for “cheap flights,” you’re left staring at 241,000,000 results to sift through. By the time you think you’ve found yourself the deal of the century, it may have only been allotted to two seats, and those seats were already snatched up by the time you were ready to book the flight.

Whether it’s August 23 or March 23, there doesn’t seem to be one single day of the year where the skies open and the consumer is flooded with deals from the airline gods. Finding cheap flights takes work -- and mostly months before you want to go somewhere.

Many sites allow consumers a way to track prices and receive an email alert when a price takes a down-turn. Keyes says it’s important to keep in mind that.

“We’re living in the Golden Age of Cheap Flights, and in the cheap flights world, the better the fare, the shorter it tends to last,” he noted.