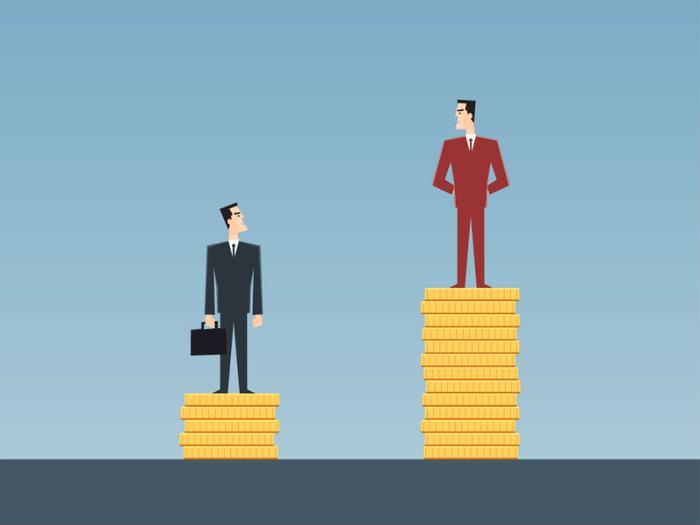 In the last decade, the income gap between America's poorest and wealthiest households widened, according to a report by the Congressional Budget Office (CBO).

In the wealthiest households, there was also a sizable income gap between the top and bottom. In the bottom half of that group, incomes averaged $151,000. But among the top 1 percent of that group, the average income was around $1.8 million.

Relying on benefits to keep up

After accounting for benefits and transfers, the average income for the bottom 20 percent rose from $19,000 to $31,000. At the same time, these same programs and policies, including the taxes to pay for them, reduced incomes by about 7 percent in the top 20 percent of households.

Previously just for the poor

Programs transferring income to the middle and lower income households include Social Security and Medicare. But they also include programs that previously mostly targeted the poor, such as the Children’s Health Insurance Program (CHIP), the Supplemental Nutrition Assistance Program (SNAP), formerly known as the Food Stamp program, and Supplemental Security Income (SSI).

Richard Reeves, author of a Brookings Institution report on income inequality, tells Axios that it is a mistake to think of welfare programs as just something for the poor since a growing number of middle class families are receiving, an relying on, these benefits.

A 2017 Brookings Institution report links rising income inequality to almost no growth in wages over an extended period of time. The report shows that after adjusting for inflation, wages in 2017 were only 10 percent higher than they were in 1973, with annual real wage growth just below 0.2 percent.