This company is not yet accredited. See reviews below to learn more or submit your own review. 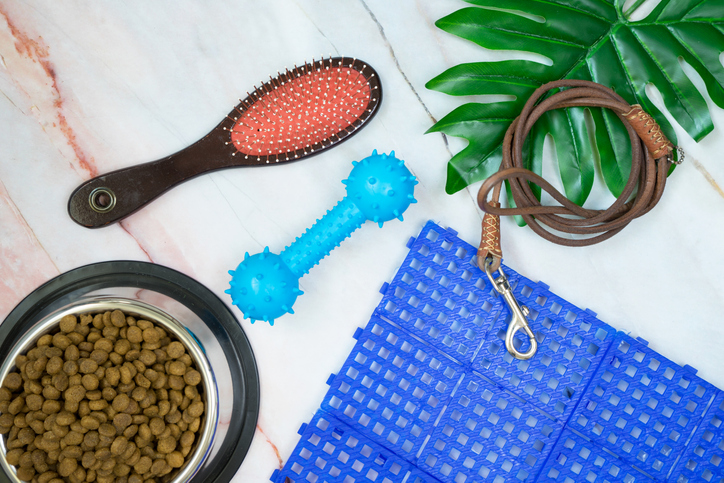 Save 30% on your first autoship

Shop your favorite brands on Chewy.com

Shop now
Are you this business?

Save 30% on your first autoship

Shop your favorite brands on Chewy.com

Shop now
Shop on Chewy
Sort: Recent
Recent
Oldest
Most helpful
Filter by: Any
Any

This year was the third year I was fostering for a local rescue. For some reason, this year was also the year that kittens in my care were just not thriving, and the mamas weren't gaining either. I chalked it up to worming them with cattle dewormer, but discussion with a trusted vet clarified that no, this wormer is often used in kittens so it was unlikely to be the case. I tore my kitten room apart, trying to find some reason they would be getting so sick so quickly, some of them even dying. Nothing came up. I happened upon a comment about other kittens becoming sick in the same manner as my fosters, and after some research I found this thread. That's when it dawned on me that this was the first year I was giving kittens Whiskas, as I didn't have time to get to the shelter during the week to get the food they had.

My own cats have never eaten this swill, and as such have never been sick like the kittens were. My current fosters haven't touched it either, and have been dewormed, and are also not sick. The bunny who is a permanent resident in the kitten room is not sick, nor is the current guest in that room. Beware this company's products. They're killing animals and don't give even half a whoop.

I have been giving my cats Temptations treats for years because they loved all the varieties. Within the the past month, my 3 cats have all vomited from the treats. At first, I thought it was the store I bought them at maybe didn't store them properly, so I threw them out and purchased new treats at a different store. Well, same result. Not only am I disappointed, but I am now worried that these treats are endangering the health of my cats. It is hard for me to switch cat foods and treats because my 1 cat is very sensitive to diet changes and gets sick. The company needs to investigate this issue multiple pet owners are having since it is obvious there is a big problem!

I thought it would be a fun little treat for my cat who was 4 years old. Never changed his diet or anything. And then I gave him Temptations, within two weeks he was dead. They were like crack and he would go crazy for them. I thought it was cute. He started vomiting and then one night he just laid down and died. The only thing different in those two weeks to a healthy indoor cat were those treats. I cringe every time I see them in the store. I know what killed my Luca. And still I read the same thing over and over. Wake up Whiskas.

We had purchased a big bag of the Whiskas Cat Food and found a bunch of little pieces of plastic mixed in with the food. Do not buy this food. I would like a response back in this matter or I will be sharing my story and pictures all over social media.

I have bought several boxes of Whiskas Cat Food for it all to be wasted. Every pouch I have put down is off and not fresh and my cat will not eat it. It has made him sick vomiting and diarrhea and lethargic. This has only happened over the last few months but the smell is disgusting and never fresh and off colour in the pouch. From my cat loving it he hates it now and has made him ill. Not a happy customer.

Pinky of Phoenix, Other Verified Reviewer
Original review: May 16, 2019

I bought a 2kg Whiskas from a store in Durban & I open to feed my babies only to find it had webs inside the package & insect in the package. Please can someone assist me, I always buys this product for my babies. Thank you. Pinky

Hi. My cat loves her Whiskas Cuts in Gravy, she doesn't like patè won't even give it a sniff. You guys seem to be the only food that is like this type of product. I'm trying to buy more and I can't find the 24 packs anymore in our town or neighbor town. What's up with this... Thanks.

I think my cats, particularly my oldest one, has a terrible addiction to these things. She will sit on my desk and bat at me and paw at me until I give in and give her these things. Well, I forgot to buy them at the store yesterday so she didn't have any this morning. She started her usual bad behavior, scratching, pawing, etc., but after about 5 minutes realized the treats aren't coming and ate a lot of her dry food instead. That's proof enough for me. Cold turkey. Those suckers are expensive anyway. Even when you find them on sale they are still $8 a tub. It would be cheaper to feed these beasts bites of steak and it would be healthier too.

I have a 2-year old Maine Coone cat in perfect health - that is, until she eats Temptations cat treats. She has vomited now 3x after consuming them - the first time, she had intermittent episodes of vomiting for about 5 minutes after eating the treats; however, I didn’t pay much mind, because she never had an issue with other cat treats, appeared to love (LOVE!) them, and was otherwise acting normal. The second time, I noticed a small bit of fur in one pile of the vomit, so I thought perhaps her sudden sickness could be attributed to a hairball. (Again, as before, the vomiting episodes lasted about 5 minutes). The third time, I was far more wary/suspicious, so despite her begging, I only gave her 2 treats (as opposed to 4 or 5). She again got sick multiple times, and upon closer inspection, I noted that her vomit contained two things only - the Temptations, and copious amounts of bile.

I work as a scientist researching drugs to treat human afflictions, but it shouldn’t take a scientist to say that these treats surely contain both toxic and addictive ingredients, and NO living thing should be exposed to them. Shame on Whiskas for the damage they’ve caused to pets and their heartbroken owners. Luckily, my cat is back to full health after discontinuing Temptations treats. I urge you throw yours in the rubbish, even if your cat doesn’t present with rapid symptoms after consuming them. It’s clear that for many cats, the effects are insidious and often don’t appear until it’s too late.

My cats absolutely love their treats. Been giving my cats Whiskers Temptation Essentials Hairball Control Chicken Flavored Cat Treats for 10 years now and my cats have never had any kind of health problem.