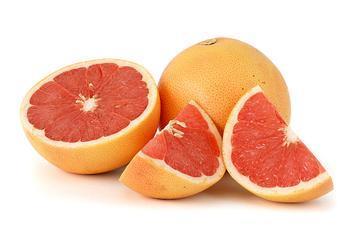 The next time you’re reaching for something to wash your prescription pills down with, be sure you’re not reaching for grapefruit juice, as it can make certain medications dangerous--even deadly--when combined.

This is according to newly released research conducted by the Lawson Health Research Institute, in London, Canada. The research team first revealed the dangers of mixing grapefruit juice and certain medications decades ago, and in 2008 they listed a total of 17 drugs that shouldn’t be taken with the bitterly sweet juice.

Today, that list has grown to 44 prescription drugs, so consumers should definitely be on alert, say researchers, and be extremely conscious of what fruits they're fusing with their medication.

When you combine grapefruit juice with certain medications, the drug is processed in your body at a faster rate, making the potency of the drug much higher, say experts. Researchers say grapefruit juice has the potential to raise the strength of certain medicines, and can make it seem like a person is getting double the dose in each pill.

Here are the drugs that researchers said should not be taken with grapefruit juice:

The research team also said the effects of combining grapefruit juice with certain medications varies in severity, so patients taking one of the listed drugs should speak to their doctor about the specific effects of their particular medicine.

The study also showed that some drugs increase in potency with the citrusy juice, while other drugs are weakened. In addition, the combination of the juice with certain medicines can bring about skin rashes, dizziness, headaches, breathing troubles and a number of other symptoms, including death. 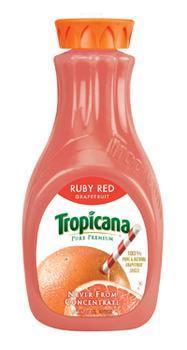 “When I say sudden death, I’m not being sensational” said Dr. David Bailey, head study author and pharmacologist at the research center. “What I’ve seen has been disturbing. It’s hard to avoid putting a drug out on the market that is not affected by grapefruit juice.”

What’s also alarming, says the research group, is that many of the listed drugs are commonly prescribed, like everyday cholesterol medicines like lovastatin, and beta blockers like amlodipine--which many people use as a heart medication.

Bailey also says despite the warnings his team has released about mixing certain meds with grapefruit juice, the general health community still hasn’t truly grasped the dangers, and as a result, the entire concept has been under-investigated and should be made a more prominent issue among health professionals and patients alike.

“Unless health care professionals are aware of the possibility that the adverse event they are seeing might have an origin in the recent addition of grapefruit to the patient’s diet, it is very unlikely that they will investigate it,” said Bailey.

The study also showed that people over the age of 45 are more likely to take prescription medication and drink grapefruit juice, so patients in this age group should really heed these findings even more closely.

Again, speaking to your physician is key if you want to learn more about any medical study, especially one that impacts you directly.

Many health experts suggest that even if you take one of the listed medications hours after drinking grapefruit juice, the mix can still be hazardous as the juice  remains in your stomach, keeping the organic chemical alive in your system. 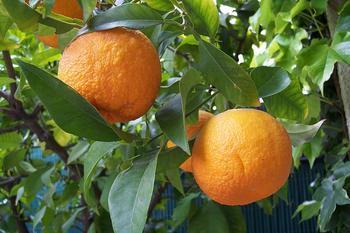 Other citrus fruits like limes and Seville oranges also have the natural chemical called furanocoumarins, and should be avoided while taking certain medications, say the researchers.

Additional fruits that patients may want to ask their doctor about are Minneolas, a fruit that seems to be part grapefruit, part tangerine and is shaped like a lemon. The pummel is also in the grapefruit family, as well as sweeties that resemble a lime on the outside but looks almost like a pear on the inside.

Even through grapefruits was the main focus of the recent study, asking your physician about these other fruits couldn’t hurt.

Bailey says the biggest challenge for the people behind this research is to get the results from the laboratory to the everyday consumer, as widespread awareness will be key in saving people from unpleasant symptoms ... or worse.

“This is a safety concern. We know the science of it but we want to make sure it’s applied more to protect the guy on the street,” he said.

“What is really striking is the number of drugs we develop that have these serious side effects. There are 27 more drugs than there were in 2008, and 13 of those 27 have the potential to cause sudden death.”

Bailey and his team have been researching this subject for that past 20 years, and it’s pretty certain that they’ll continue to learn of other medications that are bad to take with grapefruit juice, and also learn of new ways people can be harmed.