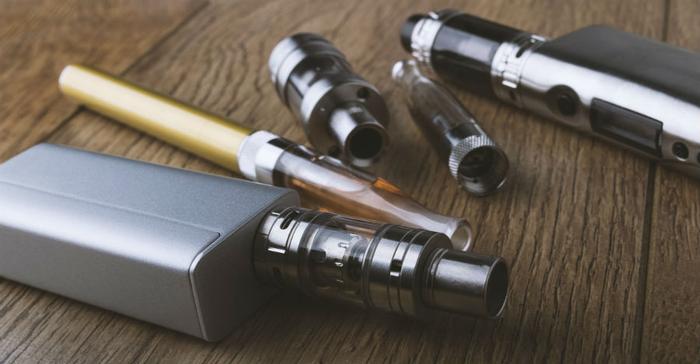 As millions of people have turned to electronic cigarettes in recent years, the only thing that researchers and the industry have agreed upon is that smoking vaporized nicotine is at least safer than smoking a normal cigarette.

But whether that’s a good enough reason to allow e-cig makers to market their products to the general population remains an open question.

A new peer-reviewed study claims that vaping can damage important cells in the immune system and cause inflammation of the lungs. The researchers, writing in the journal Thorax, say that they "caution against the widely held opinion that e-cigarettes are safe.”

Using lung tissue samples in a laboratory, the researchers said they found evidence that the vapors, when inhaled, can damage the immune system cells that protect lungs from bacteria, allergens, dust, and other irritants.

While the researchers acknowledge that vaping is clearly less carcinogenic than smoking cigarettes, they say they are worried that vaping may still cause lung disease.

"I don't believe e-cigarettes are more harmful than ordinary cigarettes -- but we should have a cautious scepticism that they are as safe as we are being led to believe,” lead author Dr. David Thickett, a professor at the University of Birmingham in England, told the BBC.

"They are safer in terms of cancer risk -- but if you vape for 20 or 30 years and this can cause COPD [chronic obstructive pulmonary disease], then that's something we need to know about,” he added.

For people struggling to quit their cigarette addictions or bystanders who otherwise would breathe in secondhand smoke, researchers widely agree that e-cigarettes are a better choice.

But the impression that vaping is harmless may also be getting people who otherwise wouldn’t smoke hooked on the devices. Previous studies  show that only 52 percent of e-cigarette users are former smokers

Experts say that smokers using e-cigarettes to quit should choose devices with larger cartridges, because e-cigs that deliver more nicotine are the only ones proven to work as a cessation aid. Researchers also advise consumers to avoid any brands that have ties to the tobacco industry.