The long, bizarre history of euthanasia drugs in pet food 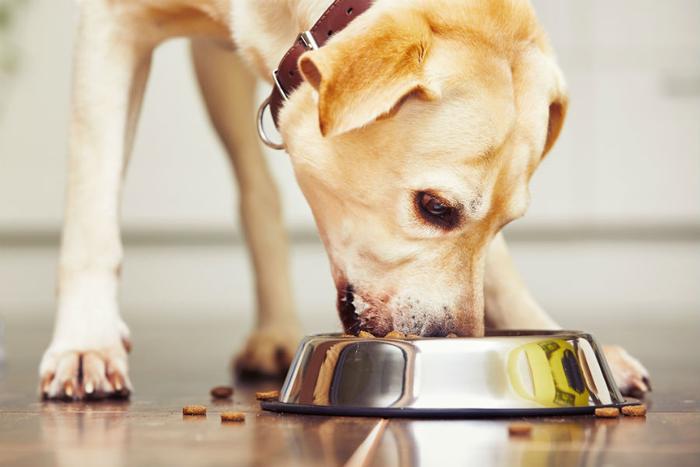 Facing a Food and Drug Administration (FDA) investigation into whether its dog food is contaminated with a drug that is used to euthanize animals, including dogs, Smuckers announced Wednesday that it is planning to voluntarily stop selling “specific shipments” of its dog food brands.

“Out of an abundance of caution we initiated a voluntary withdrawal (not a recall) on specific shipments of Gravy Train® Kibbles ‘N Bits®, Ol’ Roy®, and Skippy® canned/wet dog food because they do not meet our quality specifications,” Smuckers spokesman Ray Hancart says in an emailed statement to ConsumerAffairs.

Sixty percent of Gravy Train samples came back positive, according to the station, which reported that the FDA was responding with its own investigation.

In its statement to ConsumerAffairs, Smuckers blames the snafu on a single, unnamed supplier. “We take this very seriously and are extremely disappointed that pentobarbital was introduced to our supply chain,” Hancart says. However, he claims in the same statement that trace amounts of pentobarbital are safe for pets to consume.

“Veterinarians and animal nutrition specialists, as well as the FDA, have confirmed that extremely low levels of pentobarbital, like the levels reported to be in select shipments, do not pose a threat to pet safety,” Hancart adds via email.

“However, the presence of this substance at any level is not acceptable to us and not up to our quality standards. We sincerely apologize for the concern this has caused.”

The ABC affiliate had launched its investigation into Smuckers in response to concerns over a different pet food. Nikki Mael told the station that she spent her New Year’s Eve two years ago racing her five dogs to the vet. They had all suddenly become sick after she fed them Evanger’s dog food; one dog died at the vet hours later.

The company confirmed last year that its Evanger’s and Against the Grain brand “chunk beef” products were contaminated with pentobarbital and issued a recall. The company appears to have resolved the issue; ABC 7 reported that all of the Evanger’s samples they tested repeatedly came up negative for presence of the drug.

Evanger’s tells ConsumerAffairs that they have since hired a third-party to test all of their products for pentobarbital. "It was an issue where we received contaminated meat from one of our suppliers,” said an Evanger’s employee, who declined to identify the supplier or provide his own name.

“Once we found out [about the pentobarbital contamination], there was pretty much no more communication with the supplier after that,” he added.

Evanger’s and Smuckers aren’t the first companies to admit that their products have been contaminated with trace amounts of euthanasia drugs. In fact, the FDA began studying the issue in 1990 after hearing reports from its own veterinarians that pentobarbital “seemed to be losing its effectiveness in dogs.”

The agency subsequently tested dozens of dog food brands for the presence of pentobarbital in 2002 and found that many came back positive, according to results posted on the FDA’s website. Besides safety, the findings also raised concerns that dog and cat food is made from the euthanized remains of other dog and cats.

FDA regulations ban the use of adulterated meat, or meat made from an animal “which has died otherwise than by slaughter,” to be used in either pet or in human food. Much like pet food companies, the agency assured consumers not to panic. It said at the time that the trace amounts of pentobarbital they found in pet food are “unlikely” to harm pets.

“The low levels of exposure to sodium pentobarbital (pentobarbital) that dogs might receive through food is unlikely to cause them any adverse health effects,” the FDA said in a 2002 announcement.

The agency also claimed it found no evidence that the food was made from rendered dogs or cats. Instead, it identified the rendered remains of cattle and horses as a likely source.

A report that an FDA scientist subsequently conducted and sent to Congress two years later found that rendered animal remains are used in a number of consumer products, such as soaps, crayons, and plastics -- as well as pet food.

Jackie Bowen, the executive director of the Clean Label Project, a consumer advocacy group that tests human and pet food for contaminants, doesn’t agree that trace amounts of a barbiturate would pose no safety risk to pets.

“We're talking about exposure 2-3 times a day every day of an animals life of a barbiturate that is used for anti-anxiety and euthanasia,” she tells ConsumerAffairs.

“While it may not be lethal, there are countless unknowns,” she says, such as whether dogs who need pentobarbital for anesthesia in surgery will become immune to its effects.

The Clean Label Project conducted their own lab tests into dog and cat food last year, testing 80 brands for 130 toxins such as heavy metals, lead, and pesticides. The group had been critical of long-standing guidelines issued by the Association of American Feed Control Officials for feeding pets, describing them as inadequate.

“The pet food industry is the wild west when it comes to pet food quality and ingredient quality,” Bowen tells ConsumerAffairs. Marketing materials in recent years, she adds, have “humanized” pet food, presenting some kibble brands as “natural” or “holistic” in the same way that human food is.

The Clean Label Project’s extensive pet food report card gave many of those same brands mediocre or failing grades on their pet food quality -- and Gravy Train received only one star. Smuckers has not returned follow-up questions about those results.

“The results that we saw were staggering,” Bowen says. “To put it in perspective...some of these pet food products saw [lead] levels 15 times higher than what we saw during the Flint, Michigan tragedy.”

Her group did not test the pet food brands for the presence of pentobarbital, but Bowen described ABC 7’s findings as disturbing. “In addition to being potentially unethical and objectively gross, it's also illegal,” she says.

Meanwhile, Bowen advises pet owners to avoid pet food contaminated with heavy metals by calling the company they purchase from and asking what type of independent testing they conduct. She also suggests turkey-based pet food as a cleaner source of protein.

"The cleanest protein source is turkey-based. The dirtiest is fish,” because fish bioaccumulate toxins in their fat, she says.