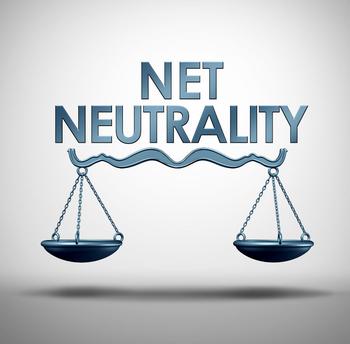 Washington, home to tech giants Amazon and Microsoft, is the first state to pass a net neutrality law, negating the federal government's rollback of that internet-guiding policy.

In 2015, the Federal Communications Commission (FCC) formalized a long-standing policy with rules against blocking legal content, throttling traffic, and using paid prioritization for some traffic. In December, the FCC reversed these net neutrality rules and last month published its new order in the Federal Register.

Washington’s new law, House Bill 2282, reinstates those net neutrality rules at the state level and protects citizens in the state from manipulated broadband speeds and measures that would limit certain types of content.

First in the nation

“Washington will be the first state in the nation to preserve the open internet,” Washington Gov. Jay Inslee said during a bill signing ceremony. “We’ve seen the power of an open internet. It allows a student in Washington to connect with researchers all around the world — or a small business to compete in the global marketplace. It’s allowed the free flow of information and ideas in one of the greatest demonstrations of free speech in our history.”

The law means that national internet service providers (ISP) may have to have one set of operating policies for Washington and another for the other states in which they operate. If other states follow Washington's lead, ISPs in those states would also operate under different rules.

“Internet service providers cannot be allowed to substitute their money-motivated judgment on how you spend your time online," said Sarah Bird, CEO of Seattle-based search engine optimization company Moz. "Our internet economy is the envy of the world. Washington lawmakers are helping make sure that remains true.”

Washington's action comes amid national efforts to overturn the FCC's new order. Those efforts are following both legislative and judicial paths.

With the publishing of the FCC's order in the Federal Register late last month, Congress has 60 days in which to pass a resolution of disapproval that would reverse the FCC action. Supporters are a single vote short in the Senate but have more ground to make up in the House.

Opponents of the FCC action are also suing the agency and asking the courts to reverse the order. Consumer advocates, joined by major technology companies, are challenging the legality of the FCC's action.

In the latest suit, the plaintiffs argue that the Administrative Procedure Act bars federal agencies from “arbitrary and capricious” changes to existing policy and rules.

In late February, 23 state attorneys general filed suit in federal court to restore net neutrality as a national policy. That raises the possibility that at least a few of the states might take action, just as Washington did, to restore the policy within their boundaries.