Starbucks wants to improve its drive thru strategy 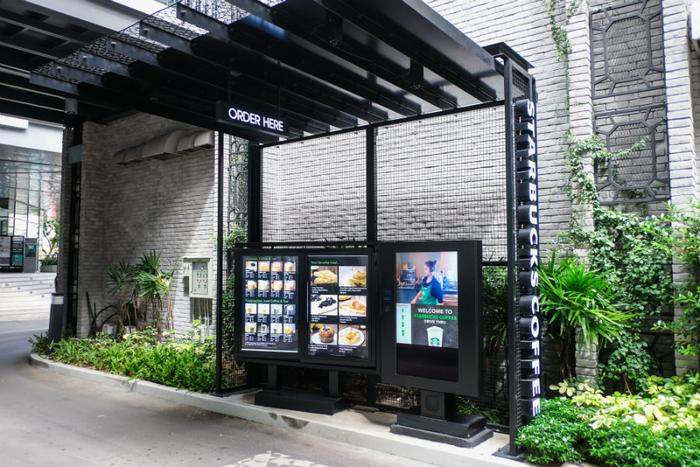 During a conference call with analysts, Starbucks said it’s working on improving its drive-thru strategy, Bloomberg reported on Tuesday.

It’s become abundantly clear to the coffee shop that consumers are all about the ease, convenience, and speed afforded by a drive-thru. However, Starbucks is lagging behind other chains that offer drive-thru service in terms of speed.

Dunkin’ Donuts drive-thru wait time is 2.90 minutes, compared to Starbucks’ 4.44 minutes. Wendy’s clocks in at 3 minutes flat, Tim Hortons at 3.38, and McDonald’s had consumers on their way in 3.98 minutes, according to QSR Magazine.

Starbucks’ strategy for speeding up

To please the growing number of consumers who prefer to grab their coffee and go, Starbucks is working on improving its drive-thru service in the hope of ramping up its slowing sales growth.

At locations that offer car service, 70 percent of sales come from the windows, according to estimates by Tom Cook, principal at restaurant consultant King-Casey. Only a small percentage of customers linger inside, he told Bloomberg.

Starbucks says it plans to speed up its drive-thru experience by building a series of drive-thru only locations across the U.S. The staff at these locations will focus exclusively on handling a significant amount of motor vehicle traffic, accompanied by pedestrian or bicycle traffic. Interior seating will not be available.

The coffee chain has already made an effort to make its drive-thru service more personable by putting baristas’ faces on video screens and installing 2,800 screens across the country.

“Drive-thrus are a key to driving traffic— the issue is you have to be able to get people through,” Brian Yarbrough, an analyst at Edward Jones, told Bloomberg. At some point, “if they see there’s a huge line at the drive-thru, they’ll go down the street.”