Is it still safe to go to Mexico?

The ongoing drug war, sexual assaults in Acapulco. Should you go? 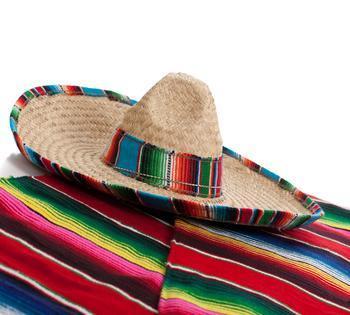 Whether it’s for spring break, a honeymoon or a much-needed vacation, Mexico has been a popular go-to for people all over the world, especially for Americans, due to the country’s close proximity to the States.

With its superb combination of tourist attractions, rich history and natural wonders, the country offers an array of things to do, whether one likes to relax during a vacation, explore, party or pull off all three -- because somewhere between leaving the airport in a foreign country and arriving at your hotel room, many of your inhibitions and normal ways of doing things seem to fly out the cab’s window, only to return once you arrive back at the airport to go home.

In actuality, vacations are just a short suspension of routine and monotony, because one moment you’re gazing at something you’ve never seen before—like a mountain shooting out of the ocean close to shore—and the next thing you know you’re gazing at the computer screen back in your work cubicle, thinking, “What on earth just happened, did I ever actually leave this place?”

But since the recent and the not-so-recent news involving the Mexican drug war, for some people, the country has gone from a go-to vacation spot to an I-ain’t-going vacation spot, while others seem to book their flights with no trepidation at all, despite the violent news reports.

And although most of the violence has happened outside of tourist destinations, many people—especially Americans—are wondering if it's still safe to go to Mexico.

“If you look at the map, Mexico is a huge country and whatever violence is happening in Mexico, first of all, it’s directed at Mexicans to other Mexicans. Americans are not being targeted, and let’s take a look where it’s happening."

“It’s happening in locations where American’s don’t even go—in Nuevo Laredo, Ciudad Juarez—and if you actually look at the real numbers of how many people have been killed in the drug violence, it is staggering, there’s no getting around that. Depending on who you believe its 50,000 to 60,000 people in that last 20 years.”

“Of those, ask yourself how many of them were Americans. I can tell you, less than 20—and of those 20, I think 17 of them were vacationing American drug dealers, because look where they were killed. They were killed in places like Nuevo Laredo and Ciudad Juarez.”

Greenburg says he travels to Mexico several times a year, and in a recent visit, he was able to journey across the country without witnessing any violence or troublesome episodes. 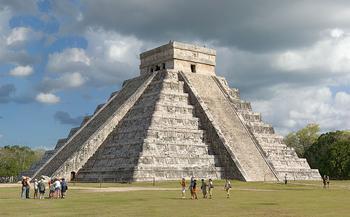 “I spend a tremendous amount of time in Mexico, I’ve gone there between six and eight times a year,” said Greenburg.

“We had the one-hour special with the President of Mexico and I had a chance to really crisscross the entire country and not a single incident. I didn’t see any problems whatsoever. Not just with me, but with anyone I’ve ever known to go down there.”

And Greenburg says that people shouldn’t be asking themselves if a country is safe when traveling, they should first gauge their level of knowledge about that country and assess how fearful they are to travel to places that may not be overly popular at the moment.

In addition, he explains that State Department safety advisories can be helpful, but people have to put the advisories in the proper perspective and not use them as exact measures of how safe you'll be.

“The real problem here is how well-informed are Americans and how fearful are they as world travelers? And the answer is not well-informed and fearful,” states Greenburg.

“An American tears a fingernail in Peru and the State Department issues an advisory. Let’s call it what it is—it’s an advisory not a rule. I think you have a greater chance being killed in an accident in your bathtub than you do being killed in Mexico. I can prove it.”

“If you look at the total number of Americans that have been killed, and now put that in perspective with how many Americans each week are seriously injured or killed in this country in accidents in their own bathtubs, it’s a staggeringly high number. And I’m not saying this because I have a cavalier approach to it; I’m talking about experience and the actual facts that speak for themselves,” he says.

When traveling to a foreign country you’ll need to use common sense just as much as you’ll need to use a map or GPS, explains Greenburg, and being able to blend in and respect the culture is of utmost importance, which probably means that asking every local where the nearest McDonald's or KFC is probably isn’t the best travel plan.

Many travelers know these kinds of things already and through experience they’ve learned how to adjust to the local scene, so much so that a lot of folks love to travel off the beaten path and take vacations that are far away from the common tourist areas.

But is this safe? Since the Mexican Drug War began, are off-the-beaten-path vacations a thing of the past? Some might think if they are going to Mexico, it should only be to tourist destinations, noplace else.

“The off-the-beaten-path places in Mexico are still plentiful and safe,” says Greenburg.

“If you go to the border towns, that’s where the problems are and most American’s don’t go there, so it’s okay. But if you want a great physical adventure travel, if you want a physically active trip, if you want to do a thrill-seeking vacation with zip-lining and paragliding, Mexico is a great location.”

In addition, Greenburg noted that travel packages for Americans are put together daily to seemingly dangerous places like Libya, North Korea, Iran and Iraq.

“And nobody died today,” he said. “So that ought to tell you something.”

But unfortunately, tourists do get hurt and killed in foreign countries and in tourist areas too, we all know that, so shouldn’t we have at least some concern?

I mean, we just can’t pretend that violence doesn’t spill over into traditionally non-violent areas. Those of us who live in the United States and in other countries can attest to that.

A tragic example of violence spilling occurred recently when six Spanish tourists were attacked and sexually assaulted by gunmen in Acapulco, Mexico, which is a popular tourist area.

The gunmen came to the women's beachfront quarters, from the ocean, by way of boat, and since the attack, the topic of being safe in Mexico—even in tourists areas—has started to be heavily discussed once again.

Greenberg says that particular crime didn’t have much to do with the setting being Mexico and the victims being tourists, because tragic events like that happen everywhere, which certainly doesn't diminish the sheer brutality of the attack, but it may help show some people that potential dangers are all around.

“That happens in Phoenix as well,” he said.

For the most part, Greenberg says the world is still a safe place to travel, aside from a few notorious places.

And as far as spring breakers going to Mexico, Greenberg says parents should be more concerned about their kids going to U.S. destinations to drink and party.

“I would have more concern about spring breakers in Fort Lauderdale or Myrtle Beach than I would in Mexico,” he said.

“I’ll even make this argument: that the only shots that you’re going to hear in Mexico have something to do with Tequila.”