I’m sorry you feel that way: What corporations refused to apologize for in 2018

Consumers often bear the brunt of corporate missteps. But not every brand was willing to say ‘sorry’ this year 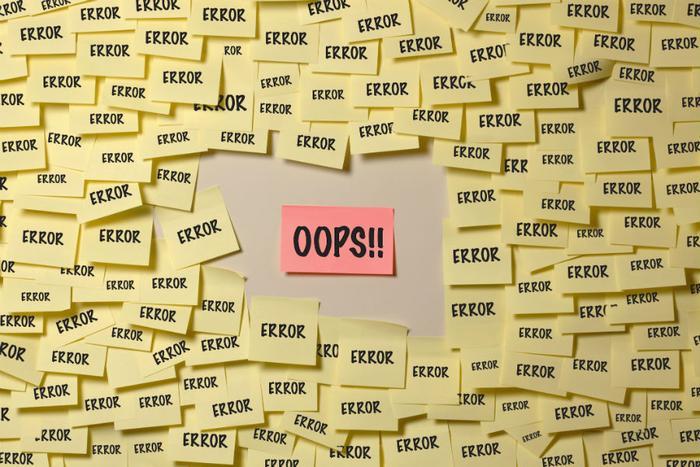 Hacks, privacy invasions, recalled products, and damning exposés of safety lapses are an inevitable fact of life, and numerous major brands once again begged consumers for our forgiveness this year.

But some companies offered a more shameless alternative; telling critics to suck it up. Here are some of the year’s half-hearted attempts, or outright refusals, to make amends.

With talks of bringing socialized medicine to the United States gaining some steam in the public and in Congress, the insurance industry is working overtime to sell the public on the benefits of maintaining the status quo.

But that lobbying campaign doesn't appear to necessarily include actually covering some procedures that patients are requesting.

UnitedHealthcare, the country’s largest insurer, is now standing by its decision to deny coverage to a 33-year-old Boston woman who nearly died from cervical cancer.

Kate Weissman said that two different hospitals recommended she undergo proton beam therapy when her cervical cancer spread to her lymph nodes. The procedure is more experimental than traditional cancer treatments and would cost an estimated $95,000.

After dutifully paying her monthly premiums to UnitedHealthcare, Weissman submitted a claim asking for the company to cover the costly therapy. It denied the request, saying that standard radiation was the better choice. Her own doctors disagreed, saying that radiation had a higher risk of causing lifelong side effects.

Weissman eventually gave up her battle with United and went to her parents for help. They raided their retirement savings to pay for the proton beam therapy. Weissman and her doctors credit the therapy for her good health -- she has been cancer-free for two years and now advocates on behalf of women’s health issues. Her parents said they also received a $40,000 refund from the hospital not long after she underwent the procedure.

Still, after Weissman spoke out to CNN this year about her ordeal, UnitedHealthcare maintained that it would still not have paid for the procedure credited with saving her life.

UnitedHealthcare responded to CNN in a statement that “three independent radiation oncologists agreed that proton beam therapy was not safer or more effective than the proven standard of care.”

"We are pleased that Mrs. Weissman is doing well, and welcome studies that examine the use of proton beam therapy for additional types of cancer,” the health insurance giant added.

After Starbucks acknowledged that two black men were racially profiled and wrongfully arrested in a Philadelphia store, the company apologized for the “reprehensible” actions of its employees and promised a staff-wide retraining.

On May 3, a couple visiting a Waffle House franchise in the Florida panhandle said they had yet to receive their food when employees handed them a $27 bill. The couple contended that the bill should have been $18. An employee then called the police on the couple, claiming they were acting “belligerent.”

“I’m sitting here adding my bill up, ‘How is my bill this high?’” the man told cops who arrived on the scene.

But the officers didn’t seem interested in the particulars. Instead, they placed the couple in handcuffs and carted them off. The couple was released shortly after, and they then agreed to pay the bill.

Waffle House eventually refunded the couple’s $27 bill after blaming the altercation on “both sides.” But the chain acknowledged that its employees probably didn’t need to call the police.

“While our review of the Fort Walton Beach, Fla., incident is continuing, we think both sides could have handled this situation better,” a chain spokesman said. “On our part, our employee could have done more to de-escalate the dispute before calling the police.”

Bayer - A birth control implant blamed for horrific side effects

In the face of high drug prices and an opioid epidemic, cracking down on the drug industry has become one of the few issues to unite Americans from all political stripes.

A group of women who received the birth control implant Essure threatened to change that. For years, thousands of woman who received the implant have organized to document side effects reported by patients. Due largely to their work, the Food and Drug Administration (FDA) eventually required a black box warning on Essure.

The women and their efforts were also featured in a new Netflix documentary exposing the medical device industry. Shortly before the film was set to air online, devicemaker Bayer suddenly announced that it was pulling Essure off the market entirely.

But while Essure will soon no longer be available, Bayer is maintaining that the device was always perfectly safe:

Bayer released a 2,000+ word “Fact check” to challenge some of the key points made by critics featured in the Netflix film.

“Bayer also is reminding women with Essure that the safety profile of the device remains positive and unchanged,” the company insisted.

Kia - Cars that may be prone to random explosions

Disastrous safety defects of all kinds were reported by car consumers this year, but Kia and Hyundai may take the cake.

The safety group Center for Auto Safety says that 2.9 million cars made by Kia and Hyundai, from the years 2010 to 2014, are at risk of spontaneously combusting -- or experiencing “non-collision fires,” to use more exact words.

One death has already been linked to a sudden fire in a Kia. But neither Kia or Hyundai have indicated if they will issue a recall.

Facing a potential Congressional inquiry, Kia released a statement in October that it would happily conduct an investigation into the “thermal” issue. An in-house investigation, that is.

"KMA recognizes that customer safety is paramount and is committed to addressing every thermal incident,” the company said in a public statement.

In an ongoing net neutrality lawsuit, pitting 22 states and Mozilla against the Federal Communications Commission (FCC) over its gutting of net neutrality rules, the Santa Clara Fire Chief offered evidence of the dangers of giving too much power to the wireless industry.

As firefighters battled the Mendocino County fire in July, they noticed that the internet service they depend on to do mapping and other key technical work had become painstakingly slow, even though their plan was supposed to include unlimited data. The department emailed Verizon, their provider, to understand the problem.

“In short, Verizon has always reserved the right to limit data throughput on unlimited plans,” a Verizon representative responded to the fire department.

Verizon told the fire department that it could contact the billing department and arrange to have its data sped up again -- provided it upgrade its plan.

After the public caught wind of Verizon’s emails to distressed firefighters, the company released a statement in late August acknowledging that “our process failed some first responders on the line” in California.

The telecommunications giant said it would remove data caps impacting emergency workers responding to hurricanes that month and said it would introduce a new plan to “feature unlimited data, with no caps on mobile solutions” geared toward emergency responders.

It was an encouraging message from Verizon -- but it didn’t come until after the Santa Clara Fire Department had already switched to a more expensive plan and then testified about it in open court.

“While Verizon ultimately did lift the throttling, it was only after County Fire subscribed to a new, more expensive plan,” Santa Clara Fire Chief Anthony Bowden wrote in the lawsuit.

Walmart - Suing customers that it wrongfully accused of theft

In several cases reviewed by the New York Times in August, Walmart filed criminal charges against unsuspecting customers after they had already left the store, alleging that they stole products in self-checkout lines. But in the resulting criminal cases, Walmart employees didn’t show up to testify, and the charges were dropped.

Nonetheless, its was a frightening experience for the customers who said they were falsely accused. After sheriff’s officers showed up to their homes, the customers also received letters from a private law firm on behalf of Walmart, threatening a lawsuit if the customer didn’t send in a check to recover the lost funds.

It turns out, Walmart isn’t the only major retailer to embrace this practice. Retailers have fought for years for the right to sue customers over petty theft, even in cases in which criminal charges were eventually dropped.

As the country’s largest retailer, Walmart arguably has the biggest responsibility to ensure that its customers aren’t wrongfully accused. Instead, in one court deposition viewed by the Times, a Walmart executive said the company did not follow up to see whether the people it sued had actually been convicted of shoplifting.

Walmart didn’t apologize for the practice of suing customers or comment on individual cases. Instead, the chain said that if any employees made a mistake, then it is sorry just about that.

“While there are multiple steps that our associates follow before initiating a civil claim against a customer, people can make mistakes,” the company said in a statement to the paper. “We are deeply sorry when that happens. We continually evaluate the effectiveness and benefit of our programs.”

Nobody likes being told that their cosmetics contain asbestos. That's also true if you're the one selling the cosmetics.

Johnson & Johnson saw its shares drop this year after Reuters published documents indicating that the brand knew its talcum powder tested positive for traces of asbestos from the 1970s until the early 2000s.

Claire’s makeup also tested positive for asbestos but received less attention. According to tests conducted this year by the U.S. Public Interest Research Group (US PIRG), some Claire’s makeup was found to have “high levels” of asbestos.

Claire’s insists that its makeup is asbestos-free and that its own test results are the ones that consumers should trust.

Johnson & Johnson, faced with more scrutiny, has taken out full page ads in newspapers to defend the safety of baby powder and is campaigning aggressively on social media to salvage its reputation.

State agencies and residents have blamed poor, aging infrastructure of Pacific Gas and Electric (PG&E) as the immediate cause of numerous major wildfires in California, including this year's Camp Fire.

In a filing to state regulators, PG&E said that it would need to pass rate increases down to consumers to pay for potential lawsuits down the line.

"The implications of PG&E's exposure to potential liabilities associated with wildfires are dramatically magnified," the company wrote.

"Overcoming the negative financial impact of any significant damages that might ultimately be attributed to PG&E will require an ongoing commitment of capital from investors."