How to find a good bail bondsman

Some might say they don't plan on getting arrested, but you never know 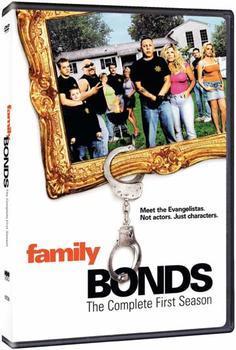 A bail bondsman or bail agent is one of those people you hope you never need, but if you do, where do you look? The Internet of course, right?

That's where we look for a lot of different services these days, but doing a blind search isn't always the best way to distinguish which service or company is best. And that's certainly the case when it comes to finding a good bail agent.

"The reality is that there really isn't an established set of criteria for saying that one bail agent is better than another," said Eric Granof, the managing director of the company ExpertBail in an interview with ConsumerAffairs.

"They all sell an insurance product that allows a defendant to be released pretrial. If a family doesn't care that a bail agent is dressed inappropriately or is not professional in how they treat consumers and manage their business, then is it really fair to say that bail agent is a bad agent?"

"A good insurance underwriter will take the time to talk with consumers about what they did and didn't understand about the bail industry and process. With this feedback, they can create a touchstone for consumers to reference," he said.

Which might be true, but according to a well-known statistic released in 1965, getting arrested could be more possible than you think. And if it's not you, it might be a friend or family member.

Statistics show that 52% of American men will be arrested at least once in their lifetime.

And although those figures have been questioned by several crime experts, other experts say the 52% is either accurate or close to the actual percentage.

A separate study that was published in a 2011 edition of Pediatrics showed that one in three people will be arrested by the time they reach the age of 23.

Findings by the Bureau of Justice Statistics show the number of people who need money for bail has gone up by 30% between 1990 and 2006, which was the last year bail statistics were released.

So the chances of needing to be bailed out or helping someone else get out of jail may not be as slim as you think. 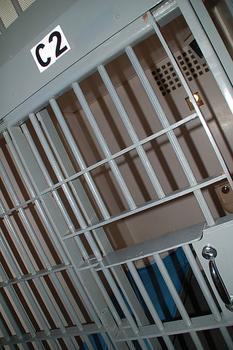 If you were questioning how bail works, Granof says it's a pretty straightforward concept.

"A bond is set by the judge," he explains. "You then would have a couple options on how to get out of jail. You could pay the full amount of the bond to the court. Upon completion of your case and attendance at all your court appearances, your money would be returned minus any court costs, penalties or other fees."

But depending on where you live in the United States, the bail system might work differently, so you'll have to check how it works in your state, says the California based Shouse Law Group.

"The amount of bail varies depending on the crime involved," the law wrote firm on its website.

"For example, if you look to the Los Angeles County 2010 felony bail schedule, you'll see that your bail could range anywhere from $20,000 for the least serious offenses to $5,000,000 for the most egregious offenses."

Granof says the best way to understand how a bail bond works is to think of it as insurance.

"In its most basic sense a bail bond is a type of insurance product," he says. "It operates in the same way as any other insurance policy you might purchase. You would pay a premium to the agent for a specific amount."

So basically, the amount you pay will determine how much coverage you get.

"For this example we will use 10% as a general premium amount, but it is important to note that nationally this number can vary from state to state and potentially county to county."

"In addition to the premium payment, the bail bond agent will also require the policy be indemnified by a third party. This indemnification may involve a signature along with the pledging of some type of collateral," says Granof. In other words, you might have to put up your house, car or other piece of property as collateral.

For those who might be confused about the difference between a bail agent and a bounty hunter, you're not alone. It's a common question.

"A bail agent and a fugitive recovery agent (bounty hunter) are two different careers. A bail bond agent is a licensed insurance agent that is heavily regulated by the Department of Insurance."

If you've seen shows like HBO's "Family Bonds," a show about a bail bond agency in Long Island, then you might have a different view of how the bail bond industry really works.

"For the most part, a bail agent's job is pretty uneventful, just as any insurance agent would tell you. In other words, it is nothing like what you see in Hollywood movies and on reality television," says Granof. "Bail agents spend their day answering the phone, answering questions, educating and very often comforting and consoling family members as they deal with something that they more often than not have never had to deal with before."

Some may think of bail agents as the bad guys or the ones who are putting society at risk by releasing a lot of folks from jail, but that's simply not the case, Granof says. He says bailing someone out of jail is completely up to the judge.

"The bail bond agent is not the person who is letting the criminal out of jail," he said. "It is the judge that has determined whether the defendant is eligible for bail and what the bail must be set at so as not to be determined excessive. The dollar amount of bail is set at a level so that a defendant is incentivized to show up for court or they will pay a financial penalty."

Granof says consumers should ask themselves these questions when looking for a bail agent: