If you don't have a nest egg, start building one today 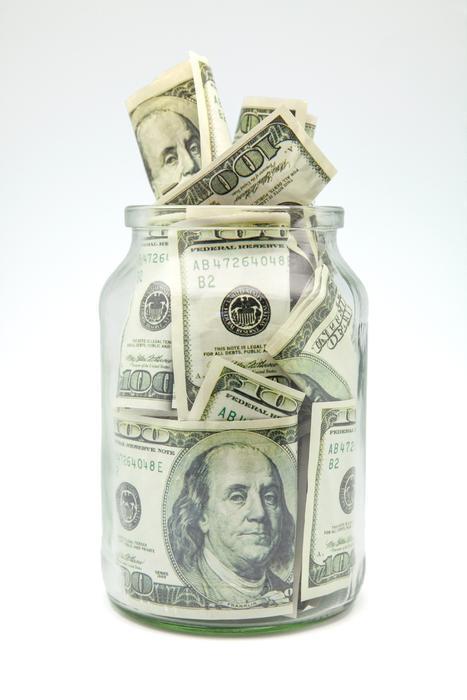 Here's a scary statistic underscoring just how financially vulnerable most modern Americans are: according to Atif Mian and Amir Sufi, the economist and financier (respectively) behind the blog House of Debt, an analysis of data in the 2012 National Financial Capability Study shows that 40% of Americans are in such poor financial shape, they said they either could not or “probably” could not come up with $2,000 in the event of an emergency.

Though this really isn't a surprise once you think about it. After all: in 2013, 20% of American households collected food stamp benefits, and in many if not most states, $2,000 is the maximum cash balance one can have and still qualify for nutritional assistance. And remember: a single “household” can easily comprise more than one person.

Meanwhile, almost 60% of American individuals say they lack emergency savings sufficient to see them through three months of job loss, and 40% say they have “too much” debt, without specifying exactly how much is “too much.”

What's behind these abysmal economic stats? Several years of rising prices and stagnating wages certainly play a part, and the easiest answer to the question “How can I build up my savings?” is “Get more money, like say with a higher-paying job.” But you know it's almost never that easy (see the previous “stagnating wages” bit).

If you cannot make more money, then you need to spend less. Easier said than done, sure — but if you take a close look at your spending habits, you're sure to find some fat to cut out of your budget, without nicking meat or bone.

Maybe you're one of the lucky ones – you actually make a decent salary, you're just too quick to spend it on fripperies. Restaurant visits are nice, but if you're neck-deep in debt, or lack so much as a $2,000 emergency fund, you're better off eating at home and hanging on to that restaurant money. Also, here's something I learned from personal experience: no gourmet dinner tastes as good as getting out of debt feels. Not even close.

Similarly, smartphones are amazing wonderful gadgets, but always having the latest-gen model is a fast way to spend yourself into the poorhouse — or at least into a net worth thousands of dollars lower than you'd otherwise enjoy.

Regardless of your income, remember: financial security isn't simply a matter of how much money you have coming in, but how much you have going out. And if you live an average American lifestyle there's a good chance you're spending more than you have to. Here's a few hints, in no particular order:

If you use credit cards to pay for purchases, pay your bill off in full at the end of every month; otherwise you'll pay high interest charges in addition to the original price of whatever you bought.

If your balance is high enough that you simply can't afford to do that, then put the credit card away and make no additional charges on it until it's paid off: otherwise, every new charge you make will generate high interest fees in addition to your initial purchase price.

On a related note: if you are working down a credit card balance, don't just make the minimum monthly payment; pay that sucker off as fast as you can. I use the word “sucker” literally, here: the interest rate on that credit card debt is sucking a lot of extra money out of your pockets.

2. Calculate the total cost of everything

Hints 2 and 3 actually go together. I've done previous stories urging you to, for example, avoid buying anything from “rent-to-own” or “lease-to-buy” businesses, or Fingerhut-style “Buy now, pay later” catalogs.

Why? Well, because in all such cases, if you calculate the total cost of your purchase (rather than focus only on the size of your monthly or weekly payment), you'll find that paying those little bits of money in regular increments is vastly more expensive than paying a larger sum of money all at once.

Instead of buying a new appliance on credit or a rent-to-own deal, find a "dent and chip outlet" in your area. A new refrigerator with a dent in it will cost at lot less than a perfect one, but the food will stay just as cold.

Granted, this is a personal preference of mine, though plenty of investment advisers tell their clients the exact opposite: “Cash is bad, credit cards are good, juggle your payments and make money on the float, blah blah blah.”

But I'll go out on a limb and say: those investment advisers' clients are not counted among the 40% of Americans who can't even scrape together two grand in an emergency. Their main financial problem is “How can I make my pile of money work for me?” which is entirely different from “How can I pile up some money in the first place?”

If you're in great financial shape and have lots of self-discipline, you definitely benefit by (for example) putting all purchases on your credit card, which you pay off in full every month, and then get cash back or free airline miles or whatever rewards your credit card offers.

But due to an odd quirk of human nature, many otherwise-intelligent people are downright incapable of taking credit cards as seriously as they do cash. It's the same principle behind casino chips: if you've been to a casino, or even seen a realistic one on TV, you'll notice they won't allow people to gamble with actual money — instead, you must buy casino chips, and gamble with those.

Why is that? Because, due to that weird quirk in our psychology, most people's brains simply do not view a $20 casino chip as identical to a $20 bill, even when they personally spent the bill to buy the chip. Similarly, many have a hard time truly grasping “Putting $20 on a credit card is the same as spending a $20 bill — worse, in fact, because that $20 credit card purchase racks up interest fees if I don't pay it off at once.”

By the same quirk, seeing your cash pile (or the number indicating your bank balance) actually get higher is good psychological reinforcement. Don't just give up that restaurant dinner -- put the money you would've spent in your bank account or even a jar hidden in the back of your closet, so you can actually see: “This is money I have, and I would not have it if I'd spent it at that restaurant or on that pack of cigarettes, afternoon at the arcade, or whatever.”

Of course, you don't want to keep too much cash lying around, for fear of loss or theft, but once your little cash hoard grows to a sufficient amount, you can then use it to open a bank or credit-union account assuming you don't have one already.

Our editor insists I add the suggestion that you could also buy a low-fee index fund that ties the value of your savings to one or another stock market index. Vanguard, Fidelity and other brokerages offer low-cost funds for savers who want to invest for long-term growth.