Cleaning with bleach in your home can release harmful air pollutants 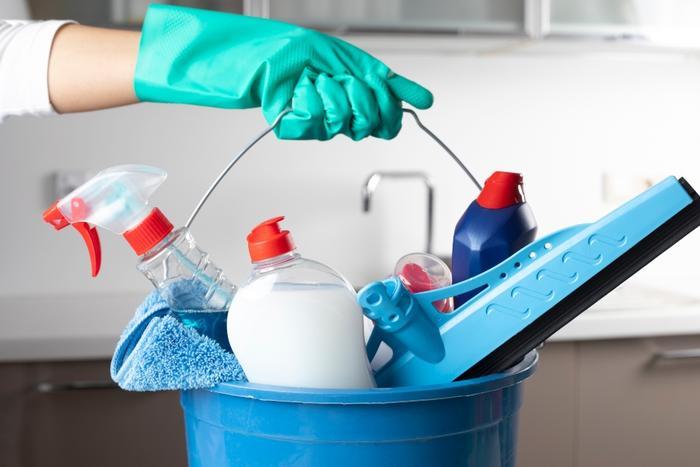 A new study published in the journal Environmental Science & Technology suggests that bleach -- which many consumers routinely use to clean their homes -- could be increasing levels of harmful indoor air pollution.

Researchers from the University of Toronto conducted an experiment that tested how the particles known to be emitted into the air from bleach would react in a closed environment, like a home, in varying degrees of light.

While bleach can emit dangerous chemicals on its own, when it interacts with limonene (a popular additive in household cleaners) the combination can lead to the creation of secondary organic aerosols (SOAs). These particles can cause a slew of serious health concerns, not the least of which may be difficulty breathing.

After introducing various compounds associated with bleach and cleaners into a closed room, the combination of the chemicals created poor health conditions when exposed to both light and darkness. When exposed to sunlight, the chemicals turned into SOAs, which the researchers knew from previous work are dangerous to consumers’ health. In the dark, the combination of chemicals only multiplied to create more volatile compounds in the air.

This study mimicked what’s happening in consumers’ homes when they clean with bleach, and it shows just how dangerous it can be to be breathing in what’s left behind by the popular cleaning product.

Earlier this year, researchers from Washington State University conducted a study that explored the hazards related to indoor air pollution, many of which consumers are unaware of.

The study revealed that different times of day are worse for air pollutants. Morning was found to be the best time, whereas afternoon hours were the worst. Higher temperatures in the home were also found to make it easier for pollutants to stay in the air.

The researchers encouraged consumers to prioritize ventilation in their homes, as doing so can greatly reduce the level of fumes and pollutants circulating in an enclosed space.

“Exposure to these chemicals impacts people’s ability to think and learn,” said researcher Tom Jobson. “It’s important for people to be more cognizant of the risk -- opening a window is a good thing. We have to balance making more energy efficient homes with protecting our health and cognitive function.”