A record number of consumers will fly over the Thanksgiving holiday

Here are some tips for getting where you're going on time 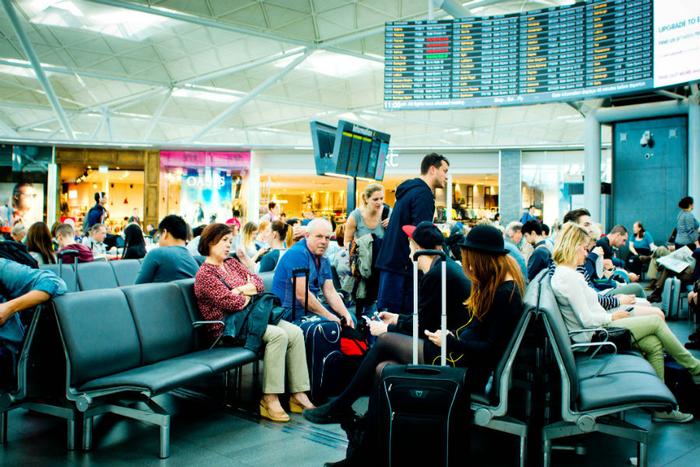 Airlines for America (A4A), the industry trade organization for U.S. airlines, predicts a record number of passengers will be in the air over the Thanksgiving holiday weekend.

In its annual projection, the group said it expects 28.5 million passengers will travel over a 12-day period, three percent more than last year.

Many will travel during the week of Thanksgiving, making for crowded airports and a  higher-than-normal prospect of delays.

RewardExpert, a travel rewards website, has analyzed Transportation Department data to give consumers an idea of which airports and which airlines are most likely to get them to Thanksgiving dinner, then home again, on time.

The best day to travel is Thanksgiving day itself," Roman Shteyn, CEO and co-founder of RewardExpert, told ConsumerAffairs. "It has the least record of delays, meaning that last-minute travelers can still make it to dinner on time if they catch an early morning flight."

As back-up options, Shteyn advises travelers to consider either the Monday or Saturday preceding Thanksgiving. He says you want to avoid traveling on the Sunday or Tuesday before Thanksgiving.

"The worst day, on average, for the return trip is the Monday following Thanksgiving," Shteyn said. "However, last year Sunday and Tuesday were worse."

Sometimes you don't have much choice when it comes to the airport you use for departure and arrival. But in densely populated areas, there may be more than one within easy reach. In that case, knowing which airports have the best on-time records can be useful information.

According to the RewardExpert study, the airports with the best on-time performance record over the past five years are Honolulu, Atlanta Hartsfield-Jackson, Charlotte Douglas, Southwest Florida, and Salt Lake City.

The worst on-time performance records are in the Bay Area, with San Francisco ranking last, and Oakland third from last. In the Northeast, Newark and LaGuardia also rank at the bottom of the list.

To take some of the hassle out of Thanksgiving travel, the Travel Channel suggests arriving at the airport earlier than you normally would for a flight. It also suggests traveling light, since full planes will mean limited space in the overhead bins.