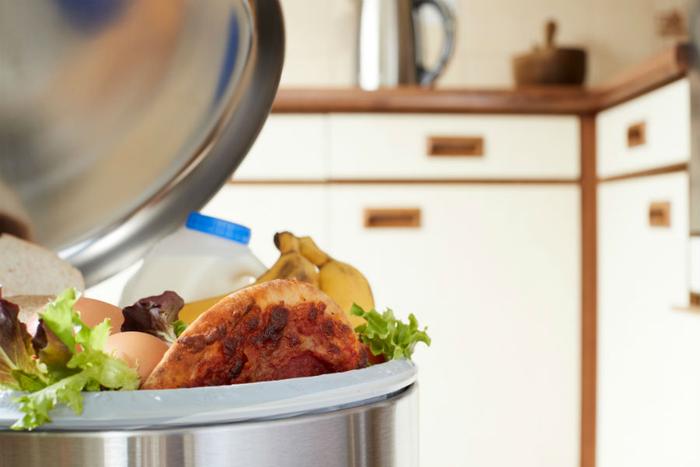 To reduce waste and save money, it’s important to prepare and store food correctly -- and that’s exactly what nutrition experts are hoping consumers will do in 2018 and beyond.

As part of its “Go Further with Food” campaign, the Academy of Nutrition and Dietetics is encouraging consumers to store and use food in a way that will help it go further.

“Far too often, good food goes bad before we get the chance to eat it,” says registered dietitian, nutritionist, and Academy of Nutrition and Dietetics spokesperson Melissa Majumdar.

To that end, the Academy has a few tips for storing food in a way that will help prevent it from ending up in landfill.

Save money by eating what you have

About 31 percent of all edible food is wasted in the U.S. “That is simply money in the trash,” said Sonya Angelone, a spokesperson for the Academy of Nutrition and Dietetics.

To lower your grocery bill and reduce food waste, she recommends checking inside your refrigerator before going to the grocery store.

“Eating the foods you purchase instead of letting them get old and throwing them away saves money. Be aware of the foods in the refrigerator and use up foods before they perish,” she told ConsumerAffairs.

“Be creative,” she added. “For example, make a soup with the various vegetables in the crisper drawer.”

American households throw away nearly 28 percent of fruits and vegetables. To keep produce from going to waste before it gets eaten, proper food storage is key.

Angelone recommends freezing food that won’t be eaten soon in freezer containers and labeling them to extend their shelf life. “Be sure to use the oldest foods first,” she said.

“Also, look through the refrigerator shelves regularly to see what needs to be eaten. Check ‘sell by’ and ‘best by’ dates so foods are eaten at peak quality,” she added.

Minimizing peeling if skins are edible can help fruits and vegetables go further, says Angelone. Cutting just the tips off vegetables instead of a large amount can also keep waste to a minimum.

Another way to reduce food waste is to plan meals and stick to the menu.

“Avoid impulse buying and eat the foods already at home. Combine vegetables and meats that need to be eaten into soups, casseroles, or wraps. Freeze carefully any extras for later,” she said.

Additionally, don’t buy more than you can realistically eat before it goes bad. Angelone recommends purchasing produce and other fresh items a few times a week to avoid buying large quantities that may spoil.

“Avoid buying perishable foods in larger quantities, even if they are on special, if they won’t be eaten before they spoil -- unless you freeze what you won’t eat right away,” she said.

At mealtimes, serve diners -- especially children -- only what they can eat and avoid piling their plates high. “This way food won’t have to be thrown away if they can’t clean their plates,” Angelone said.

More information on preparing and storing food in a way that will help it last can be found here.