Opioids and alcohol can be a deadly combination for seniors 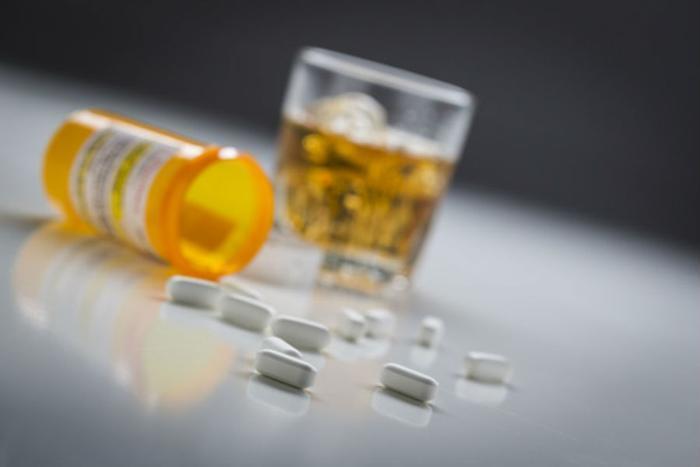 Data from the Centers for Medicare & Medicaid Services (CMS) show millions of senior citizens are taking too many powerful and addictive drugs, despite health officials' warnings that they shouldn't. That, in itself, can be a problem.

Combine the two, however, and you've got real trouble. Not just with addiction, but with staying alive.

A new study suggests that taking just one oxycodone painkiller with just a small amount of alcohol can trigger a potentially life-threatening condition known as respiratory depression, which occurs when breathing becomes shallow or stops altogether.

And it's seniors who are most likely to experience this condition.

“Unfortunately, we’re seeing more fatalities and people in emergency rooms after having misused or abused legally prescribed opioids, like oxycodone, while having consumed alcohol,” said Dr. Albert Dahan, the study's author. “Respiratory depression is a potentially fatal complication of opioid use. We found alcohol exacerbated the already harmful respiratory effects of opioids.”

There has been plenty of news coverage in recent months of the dangers posed by misuse of powerful opioid painkillers like oxycodone. It has been widely prescribed to treat chronic pain in seniors and can be highly addictive.

The National Institute on Drug Abuse reports that more than two million U.S. consumers abuse opioids and 78 people die every day after overdosing on the drugs.

On their own, these drugs are problematic, and the Centers for Disease Control last year revised guidelines for prescribers. But researchers studying the combination of opioids and alcohol found that it increases the risk of a fatal overdose.

What the study showed

The study compared the effects of taking oxycodone in combination with alcohol on 12 healthy young volunteers and 12 elderly volunteers. One pill reduced baseline minute ventilation by 28% in the older volunteers, while adding a small amount of alcohol caused minute ventilation to further decrease by another 19%, a total decrease of 47%.

“We hope to increase awareness regarding the dangers of prescription opioids, the increased danger of the simultaneous use of opioids and alcohol, and that elderly people are at an even greater increased risk of this potentially life-threatening side effect,” Dahan said.

If consumers take one thing away from his study, Dahan says it should be that it is never a good idea to drink alcohol with opioid medication. That's especially true, he says, if you're a senior.