Fathers’ smoking habits could carry side effects for future generations 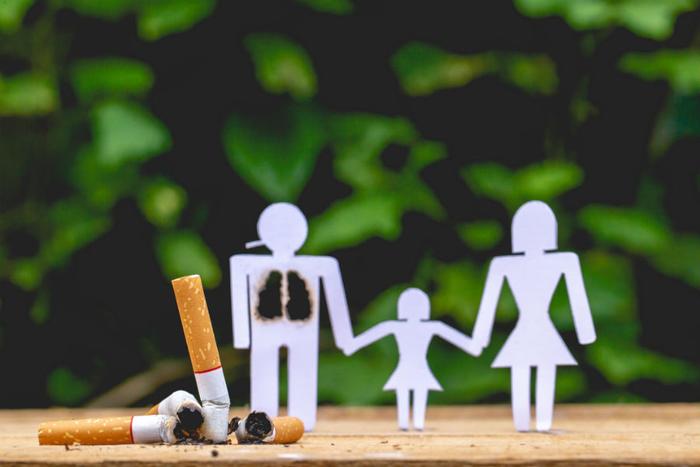 A new study conducted by researchers at Florida State University explores the effects of paternal nicotine use on future children.

Pregnant women have been warned against smoking for decades, as there is no shortage of negative health risks associated with nicotine exposure, but a lack of research on fathers’ smoking habits and their future children led the scientists to dive in.

Though the testing has been limited to mice so far, the outcomes show that paternal smoking can affect cognition in both children and grandchildren.

“Cigarette smoking was more common in the 1940s, 50s, and 60s compared to today,” said research Pradeep Bhide. “Could that exposure be revealing itself as a marked rise in the diagnosis of neurodevelopmental disorders such as ADHD and autism?”

While the father’s behavior remained stable, the researchers noted cognitive differences in both the male and female offspring. The babies were found to have cognitive inflexibility -- meaning they lacked the ability to cognitively adjust to new conditions and showed signs of attention deficits and hyperactivity.

The researchers linked these side effects to the way the nicotine affected the father’s sperm. Bhide says some of these cognitive difficulties are temporary, though some can last longer, and more research needs to be done to determine a more concrete timetable.

“In analyzing spermatozoa from the father, we found multiple genes with epigenetic changes,” said researcher Deirdre McCarthy. “This includes the dopamine D2 gene, which has an important role in brain development and learning. This is likely the source for the cognitive deficits found in the descendants.”

Overall, the researchers believe these findings to be significant, as many couples are unaware of the effects father’s smoking can have on future generations.

“Doctors may not warn men that their smoking could be harming their unborn child even if the mother never smoked,” said Bhide. “I believe our study brings this to the fore.”

Bhide believes the findings would hold up should the study evolve to include humans.