What is eminent domain?

Can the government build a park — or a pipeline — where your home is sitting?

Under the just compensation clause of the Fifth Amendment, the government can seize privately owned property to be used for certain public projects — this could be a road, a railroad, an airport or a pipeline — but it must also provide fair compensation.

The amount of compensation considered “just” can be disputed. For example, a Virginia family recently disputed an eminent domain claim to a part of their family property, where there are plans for a natural gas pipeline. A jury awarded the family compensation of about $523,000 for the land — significantly more than the pipeline company believed it was worth.

As long as the government has a legitimate public use for the property, overturning an eminent domain claim is unlikely — but there are ways for a landowner to increase the payout they receive.

What is a recent example of eminent domain?

Eminent domain is enacted to seize property more frequently than you might expect. “It is so constant that, if you surveyed all 50 states, you would see its power invoked on a daily basis,” said Ryan Simatic, an attorney with Biersdorf & Associates, a Minneapolis firm that represents property owners impacted by eminent domain.

He gave a few current examples of eminent domain cases, including claims on a church parking lot needed for a public use project and a commercial property being seized for the development of a city road.

Local farmers who would be impacted by the pipelines have cited concerns not only about losing parts of their land but also about the disturbance of topsoil reducing their crop yields and the safety concerns of hazardous materials running under the ground.

According to the Progressive Farmer, Summit Carbon Solutions is spearheading a project that would build about 681 miles of pipeline in Iowa alone. The company is requesting the state government let it potentially use eminent domain in up to 30 counties during the construction of the pipeline, if needed. It’s unclear how many landowners will object to the use of their property for the pipelines.

In another case, an oil pipeline builder sued property owners in Tennessee unwilling to sell access to their land under eminent domain. The company later announced that it would halt the lawsuits and look for alternative routes to build the pipeline.

Eminent domain seizures are happening every day, according to Simatic. “Our firm has represented property owners who have had their property taken for roads, schools, parks, public parking lots and so forth,” explained Simatic. “But it can also be for utilities. Some states even allow the use of eminent domain for economic development, like reviving ‘blighted’ areas,” he said.

For a single-family home, for example, the fair market value might be used. This can be determined using a property appraisal.  But in cases involving farms, commercial businesses or industrial properties, there tend to be more cases of litigation over just compensation.

In the event a parcel of a larger plot of land is taken and this decreases the value of the land the owner is allowed to keep, just compensation might also include what are known as “severance damages.”

Is there a way around eminent domain?

Can you get around an eminent domain claim? Assuming the taking of the property is for a legitimate public use project, the answer is usually no. However, it’s important to make sure the government meets the requirements to claim eminent domain. These requirements include:

While it is unlikely you can avoid an eminent domain claim on a property if it’s legitimately for a public use project, it’s not uncommon for property owners to walk away with a larger payout than they were originally offered if they negotiate.

What constitutes “public use” in eminent domain?

Public use is a broad term in eminent domain. It can include taking property for a park, an airport, a railroad, a port or another project that serves the general public.

Public use now also includes economic development projects. In 2005, the U.S. Supreme Court decided in Kelo v. City of New London that economic benefits for a community qualify as public use.

Will my legal costs be covered in an eminent domain case?

The laws for legal costs in eminent domain cases vary from state to state. In some cases, if the owner can show in court the property is not being taken for public use — or, if the government entity abandons the project during a case — the court might award the owner court costs and legal fees.

In cases where the owner is only arguing for just compensation, not the right to take their property, courts in many states will allow the recovery of court costs. It’s important to understand each state’s laws as they pertain to recovering legal costs in eminent domain cases.

Has any homeowner ever won an eminent domain case?

Winning an eminent domain case is unlikely in most cases; successfully negotiating for just compensation is more likely. For example, in 2006, a jury determined a Georgia hospital had to pay almost five times the appraised value of a duplex to condemn the home for a public use project, according to NBC. The home appraised at $50,000 to $60,000, and the jury said the hospital had to pay $200,000 for the property, in addition to giving the renter $51,000 to assist with her move.

While it’s uncommon to successfully challenge an eminent domain claim, it is common for the landowner to get a higher payout than originally offered by the government authority. “The most effective long-term way to curb eminent domain is to vote for elected representatives who do not support aggressive use of eminent domain as a government practice,” explained Bird. 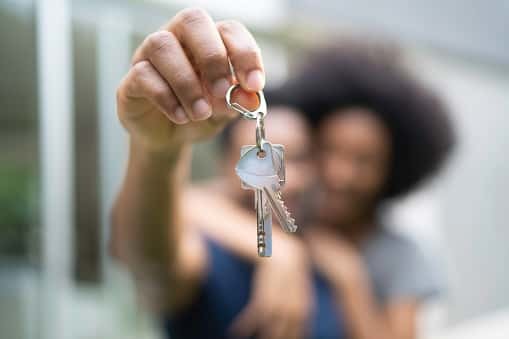 Looking for a mortgage lender?READ OUR GUIDE

Escrow is a deed, bond, asset or amount of money that’s held by a third party. Learn about when you need an escrow account and how it works.

What is mortgage forbearance?

Forbearance is an option to consider if you need mortgage relief. Read more about how this payment pause works and the pros and cons.

What is "house poor"?

Do you feel like you spend too much on homeownership? You’re not alone. Check out homeowner perspectives on housing expenses and affordability.

What is equal-opportunity housing?

Equal-opportunity housing means everyone has equal opportunity to be considered when buying or renting property. Read our guide to learn more.

What is home equity?

If you know anything about mortgages, you’ve probably heard a lot of talk about building equity. Read more about what this means and its importance.

What is Ginnie Mae?

Ginnie Mae is a government-owned company that makes it easier for lenders to give affordable home loans to underserved communities.