Auto accessories and the law

What you need to know about after-market vehicle modifications

Your vehicle is a reflection of your personality and tastes, so it’s no surprise if you want to add modifications and accessories to personalize it and make it stand out. Any changes made to a vehicle after you’ve purchased it are called “aftermarket,” which means they are not factory installed. Even though you own your vehicle and can legally deck it out nearly any way you like, some modifications will render your vehicle illegal for use on public roadways.

If your state is one of 19 that requires annual vehicle inspections, aftermarket modifications will be inspected to be sure they are street legal. If not, you might not find out that your modification is illegal until you get pulled over for a violation.

Often, first-time offenders are given a citation that allows them to make acceptable modifications to their vehicle to avoid paying a fine. However, in cases where an illegal vehicle modification impairs your safety or the safety of others, you may be issued a costly ticket or even jailed.

This guide will help you understand which aftermarket modifications are the most likely to risk breaking local laws and incurring citations or fines so you can decide what is best for you. It will cover these six most common vehicle modifications and concerns:

Each state sets its own laws on how loud a vehicle’s stereo or horn may be without being cited for excessive noise and disturbing the peace. Even a particularly noisy muffler or exhaust can land you a citation. Loud vehicles can be distracting to other drivers and disturbing in residential and business areas. They can also pose a serious safety risk, impeding drivers’ abilities to hear sirens or vehicle horns.

Measuring excessive noise
Many municipalities’ noise ordinances cite specific decibel (dB) limits to measure excessive noise from vehicles. For instance, in California an exhaust system may not exceed 95 dB. In other places, laws state that a vehicle should not be loud enough for people to hear it at a given distance. In those states, officers stationed to observe traffic may use lasers to measure the distance of your vehicle when they first hear your stereo, and if your vehicle is within whatever distance the law specifies, they may issue a citation.

Local enforcement roulette
In some areas, noise laws are vague - for example, prohibiting “excessively loud or harsh sounds” - so police officers may have to rely on their best judgment to determine whether your noise-related modifications are legal. Some officers rarely issue noise citations in isolation, instead adding a noise citation to other violations. For example, you may be stopped for reckless driving and find yourself saddled with an additional fine for excessive noise. Additionally, anecdotal evidence suggests that officers are most likely to issue noise citations in suburban areas after dark since that is when noise is most disruptive to other citizens.

Playing it safe
Playing loud music in a residential area is risky, but loud music or bass is less likely to land you a citation if you reserve it for the highway or less populated areas, especially during the daytime. Be sure any modifications to your horn and exhaust system also stay within a reasonable noise level. Check out what noise statutes apply to your vehicle by visiting your state’s Department of Motor Vehicles website.

Most regions of the United States allow citizens to tint all vehicle windows except for the windshield, which should be left with its original factory tinting to ensure full visibility for the driver. Many states have “tint limits” for the rest of the windows, usually requiring them to be transparent enough that a driver can see another driver’s eyes through the windows, especially at night when there is less light for safe driving. These laws are generally found in each state’s traffic code.

Visible light transmission percentage
The darkness of window tinting is measured by the percent of light that can pass through it. An untinted glass window transmits 100 percent of visible light, but most vehicles are sold with a “factory tint” of 15 to 20 percent (meaning the window can transmit 80-85 percent of light). State laws specify different aftermarket tint limits for each window on a vehicle, based on which windows drivers need to see through most clearly to drive safely. The rear windshield can usually be the darkest, followed by the rear passengers’ windows; then the front driver’s and passenger’s windows; and finally the front windshield, which should be left with the factory tint. Most states impose a tint limit of 30 to 35 percent, meaning the window lets 60 to 65 percent of light in.

Reflectance and coloring
Many states have laws regarding how reflective vehicle windows may be and whether or not any colors are restricted. In nearly every state, vehicle windows are not allowed to resemble mirrored, one-way glass, because it is important for drivers to be able to see inside vehicles to communicate with other drivers. However, windows can usually be up to 25 percent reflective, though the exact percentage varies by state. Some states prohibit any coloring in the tinting besides shades of gray or silver, while other states allow colors like purple, blue or green.

Medical exemptions
If you have a medical condition that requires you to limit your exposure to sunlight, you might qualify for a “medical necessity” exemption to your local tint limit laws. For example, if you have lupus, photosensitivity or melanoma, you may be able to tint your windows darker than the local limit as long as you carry documentation of your medical condition (such as a signed letter from your doctor explaining that your dark windows are medically necessary). You may also have to complete an application and file it with your state. Be sure to check whether your state has a medical exemption clause before tinting your windows.

Suspension modifications and safety for driving

Some consumers raise or lower their vehicle’s suspension for aesthetic appeal or other reasons, but most states have laws on how low to the ground or how raised a vehicle can be. There are also various local laws on whether or not hydraulic suspension systems—often called simply ‘hydraulics’—can legally be used while driving.

Safety for driving
In most states, the rule of thumb is that a vehicle cannot have any suspension modifications that render it unsafe for driving. However, these laws are often interpreted differently by different law enforcement officers, so it can be tricky for drivers to figure out what is allowable and what will get them into trouble.

Vehicle height
Many states have laws regarding the maximum height of a vehicle (these are often necessary so that vehicles can safely pass under overpasses and through tunnels). These might include laws on the total dimensions of a street-legal vehicle (height, length, and width) and/or laws regarding suspension lifts or frame lifts specifically. For instance, in California a vehicle must be no higher than 14 feet tall.

Ground clearance
Many consumers lower the suspension in order to improve the vehicle’s handling or achieve a certain aesthetic look. Most states mandate that vehicles have at least a certain amount of space between the lowest part of the car’s chassis (usually the axle) and the ground. For example, in Utah vehicles must have at least 3 inches of ground clearance. Keep in mind, too, that a row rider might become damaged on uneven surfaces, speed bumps or damaged roads.

Hydraulics
Hydraulic suspensions are most often legally allowed, but only when the car is not driving on a public roadway. That means you can bump your vehicle around in your driveway or on private property, but not at a stoplight or while driving since it might be a safety hazard or distraction to other drivers.

Headlights, taillights, brake lights and turn signals are required to emit a certain intensity and color of light, which varies by state. Most states prohibit high-intensity headlights that are not factory installed, as they can shine in other drivers’ eyes and cause a distraction. Lights that are too dim are also prohibited since they don’t provide adequate visibility in low-light conditions. Additionally, underglow lights are typically illegal because they are considered distracting, especially when they emit neon colors.

Approved bulbs
You cannot use just any light bulb to replace or modify your vehicle’s headlights, taillights, brake lights or turn signals. You must use bulbs that are Department of Transportation approved, which indicates they are the proper intensity for use on the road. The packaging of the bulb will be marked to indicate that it is approved.

Adding extra lights
Some vehicle owners like to add more lights to their vehicle than what come standard from the factory. Many states have laws concerning how many lights can be in use while on the road, so if you add additional lights, be sure to check that you are under the limit.

Using non-standard colors
State laws vary on whether you are legally allowed to use lights not in standard, factory-issued colors. In some areas, red and blue lights are specifically forbidden since they can mimic the appearance of emergency vehicles and confuse other drivers. For example, replacing your turn signal with a blue light might be a violation. Most states require red for brake lights but don’t allow red elsewhere.

Brightness
Laws also vary regarding the brightness of bulbs, including whether you may use LED or incandescent lights. For instance, vehicles in Washington are required to have high-beams that illuminate 450 feet ahead of the vehicle and low-beams that shine 150 feet ahead.

With air quality concerns on the rise, many states have adopted laws regulating how much smog a car can legally create. These laws can affect whether modifications you make to your exhaust system are in compliance.

California's CARB laws
California’s air quality laws are some of the strictest in the United States, and modifications that can create smog have to undergo testing by the California Air Resources Board (CARB). Products like catalytic converters and super-powered intakes have to be tested and marked as CARB-Exempt.

Other states
The federal Environmental Protection Agency chose California to develop progressive standards for vehicle emissions, and all other states can choose to follow federal standards or the more strict CARB standards. Several other states and the District of Columbia have adopted CARB laws, including Connecticut, Maine, Maryland, Massachusetts, New Jersey, New York, Oregon, Pennsylvania, Rhode Island, Vermont and Washington. These states require exhaust modifications to be CARB-Exempt.

You are legally required to have vehicle insurance in order to drive on public roads, and not carrying proper insurance can land you with a hefty fine or even jail time. It’s important to understand if and how vehicle modifications affect your insurance status.

Determining what is allowed
Insurance companies set their own rules for what they cover and how much they charge for it, and they do not publish lists of unacceptable vehicle modifications. It’s a good idea to call your auto insurance representative before making any changes to your vehicle to be sure the alterations won’t affect your policy.

Anyone who has made, is considering making or purchasing a vehicle with aftermarket modifications should be aware of laws and regulations that might affect the vehicle’s ability to be driven on public roads. 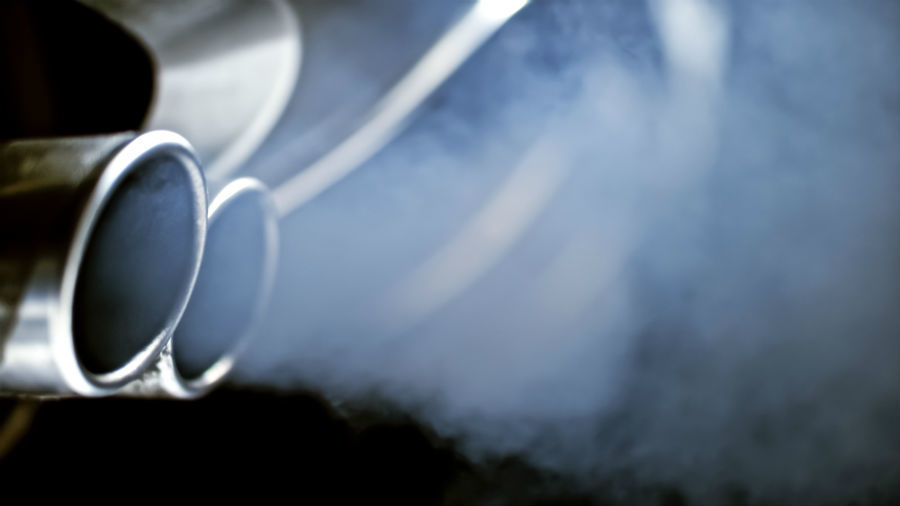 Thinking about modifying your vehicle?Compare your options