Foods to Avoid While Pregnant

You need to pay careful attention to what you eat and drink during your pregnancy to keep you and your baby healthy. While there are many safe and recommended foods, you may have to press pause on a few of your favorite items during your pregnancy, including undercooked foods and certain seafoods. If you’re not sure where to start, here are 12 foods to avoid or limit while you’re pregnant.

What not to eat when pregnant

Seafood consumption may be beneficial early in your pregnancy, but you should be careful to limit your exposure to methyl mercury and other toxins known to be found in water-dwellers. It’s important to not eat fish high in methyl mercury, which can interfere with fetal brain development.

Seafood known to be high in methyl mercury includes:

However, not all seafood is created equal! Omega-3 fatty acids and many other nutrients in fish and shellfish contribute to your cardiovascular health and your little one’s neurological development, so eating the right seafood (and in the recommended quantities) during pregnancy can have many positive benefits.

If you eat fish or shellfish regularly, read up on the pollution situation in the habitat from which they’re caught. If your seafood is caught locally, your state’s website should offer up-to-date information and other resources for consumers. Also, if you have a choice between albacore (white tuna) or canned light tuna, opt for canned light tuna. Limit your albacore consumption to 6 ounces per week.

Ready-to-eat deli meats — including cold cuts, premade meat or seafood salads, hot dogs and luncheon meats — may harbor the bacterium listeria monocytogenes. To make them safe to consume in pregnancy, you’ll need to heat them until they’re steaming hot.

Raw or undercooked meats — which you may come across in some pho, tartare and pates -- should be avoided. Also, be sure to limit your consumption of liver to just once or twice a month during pregnancy. Whether it’s from beef, veal, chicken or liverwurst, liver contains high amounts of preformed vitamin A, which is associated with a risk of severe problems in pregnancy, including miscarriage, when taken in high doses (10,000 IU or higher per day)

Raw milk and raw milk products haven’t been treated with heat and likely contain bacteria. While some products contain a mix of beneficial and potentially harmful bacteria, a pregnant woman’s immune system may not protect her body and her baby the way it did before pregnancy.

Raw milk and raw milk products (such as yogurt, ice cream and cheese) may be contaminated with one of a number of harmful bacteria, any of which could cause serious illness or worse. These bacteria include brucellosis, E. coli, listeria, salmonella, campylobacter and cryptosporidium. Anyone could become seriously ill from these bacteria, but infection in a pregnant woman could cause a miscarriage.

The good news: Any soft, nonimported cheeses made with pasteurized milk are safe to eat. The bad news: This excludes all raw-milk cheeses. As a pregnant woman, you’re more susceptible to listeria monocytogenes.

Cheeses to avoid include:

Unless you can see on the package that they’re made with pasteurized milk, take them off your grocery list. Be especially careful with dairy products sold at farmers markets. Pasteurization is a process that destroys foodborne pathogens that could make you ill or harm your developing fetus.

Your pregnant counterparts in the U.K. were given clearance several years ago to consume raw eggs, but the regulations under which those eggs across the pond are produced aren’t enforced in the U.S. As a pregnant woman, you’re at greater risk for a salmonella infection from undercooked eggs or noncommercial food products made with eggs that may be raw or undercooked, such as:

If you’re craving any of these items, buy them in a standard grocery store or ensure the eggs or dairy in the ingredients are pasteurized.

If sprouts of some kind are a part of your regular diet, strongly consider eliminating them for the time you’re pregnant. Raw or undercooked sprouts pose the risk of foodborne infections such as salmonella, E. coli and listeria, all of which thrive in raw and undercooked foods. These bacteria find the space of a cracked sprout seed a particularly welcoming environment to multiply, even when thoroughly cleaned.

Uncooked fruits and vegetables may be contaminated with pathogens such as E. coli and toxoplasma. If you want to eat raw produce, the first step is to wash your hands with warm water and soap. Next, thoroughly rinse the item under running water for 30 seconds; don’t dip the produce in water or let it sit in a bath to soak.

When possible, scrub firm fruits and vegetables with a small vegetable brush to remove surface dirt and cut away and discard bruised or damaged portions. Finally, if you plan to peel or cut the item, do so only after washing. If you buy bagged, ready-to-eat or precut fruits or vegetables, there’s still a small risk of contamination. Thirty seconds under running water ensures that they’re safe to eat.

Even foods you’re quick to stash in your freezer upon purchasing could harbor listeria monocytogenes, a bacterium found in ready-to-eat poultry, meat, seafood, dairy and foods made with unpasteurized milk products. Animals can carry the bacterium and contaminate food products without appearing ill.

Eating contaminated food could cause listeriosis, which may affect the health of a fetus without a pregnant woman feeling particularly ill. In pregnancy, you’re more likely to get listeriosis than other healthy adults. Use ready-to-eat produce, meats, poultry, seafood and other perishable foods as soon as possible after they’re purchased. Sanitize your refrigerator at least once a week and toss out any food that has reached its expiration date.

If you’d like to have caffeine, you’ll want to limit yourself to a 12-ounce cup of coffee every day.

While there’s no level of caffeine consumption that’s determined to be safe, a moderate caffeine consumption (200 milligrams per day or less) doesn’t appear to be a contributing factor in miscarriage or preterm births, according to the American College of Obstetricians and Gynecologists.

There are mixed opinions on the use of herbal tea while pregnant. Herbal teas are assumed to be safe to consume in pregnancy, and most commonly used herbs are safe if you’re drinking them in moderate amounts.

According to a medical study documented on the U.S. National Library of Medicine, there are some teas that are considered safer than others and some you should use with caution. Here’s a summary:

Safe foods: what to eat when pregnant

Pregnancy is an optimal time to explore the grocery store sections and restaurant menus for foods, dishes or entire cuisines that are new to you, particularly if you’re feeling limited by any of the recommendations above or a diet prescribed by your medical provider. As you consider what to have for dinner (and breakfast, brunch and lunch), here are a few foods and nutrients to load up on:

FAQ about food and pregnancy

Can pregnant women eat shrimp?
Thoroughly cooked shrimp is safe and beneficial in moderation, assuming the mercury level in the water where the shrimp were caught is low. Avoid the raw shrimp found in some sushi and sashimi.
Can pregnant women eat sushi?
The short answer: with caution. Although sushi containing raw fish or shellfish was once basically forbidden for pregnant women in the U.S., some organizations now declare some raw fish safe to eat in pregnancy. However, there are mixed guidelines published on the safety of sushi, so we recommend you discuss this with your obstetrician or avoid it altogether to be safe.

The risk in eating some sushi with raw fish and all sashimi is that the fish will contain nearly invisible parasitic worms, such as anisakis, which can cause illness even in nonpregnant people. Freezing the fish before consumption kills these worms. One thing to avoid is raw shellfish, the risks of which include vibriosis. In all cases, whether you’re pregnant or not, you should ensure that your sushi picks are the options lowest in mercury.

Can pregnant women eat hot dogs?
Yes, but don’t eat it straight from the package. Packaged hot dogs are a ready-to-eat food and may have become contaminated with listeria in the process of being made and packaged at the plant. Reheat it or don’t eat it!
Can pregnant women eat salmon?
Yes. Experts have found that salmon is very low in mercury, but check your local advisory about the safety of any seafood caught by family or friends from local waters.
Can you eat blue cheese during pregnancy?
It depends. Blue cheese, with its characteristic blue-green veins of mold (penicillium roqueforti), may or may not be pasteurized. Always check the label.
Can I eat crab while pregnant?
Yes! Crab is a healthy option — it’s very low in mercury. That said, if a friend or relative caught it locally, check your local advisories about the safety of crab from local lakes, rivers and coastal areas.
Can you eat spicy food while pregnant?
There’s no evidence that peppers or spicy meals could harm a pregnant woman or a developing fetus. It may cause indigestion, acid reflux or other gastrointestinal stress, so some women may want to proceed with caution.
Can pregnant women drink wine?
While there are mixed reports on the potential harm of the weekly 4-ounce glass of wine, according to the National Organization on Fetal Alcohol Syndrome, there is no level of alcohol that is without risk while you’re pregnant. Avoid alcohol and/or consult your obstetrician if you have any concerns about your alcohol consumption.
How much caffeine can you have when pregnant?
According to current guidelines, a pregnant woman may have up to 200 milligrams of caffeine each day. That’s a standard 12-ounce cup of coffee. Be careful: It adds up, and you may be unknowingly ingesting caffeine in less obvious forms, including as tea, cola, chocolate, energy drinks and supplements.

What’s good to eat and best to avoid is a complicated question for any health-conscious person. It’s especially consequential in the 40 weeks of a pregnancy. While it’s important to research locally caught seafood, ensure that dairy products, juices and eggs are pasteurized and monitor your consumption of riskier foods, the benefits of consuming fish, eggs, dairy, carbohydrates and produce far outweigh the hazards. If you have questions or concerns about a particular food or beverage, we encourage you to talk with your obstetrician. 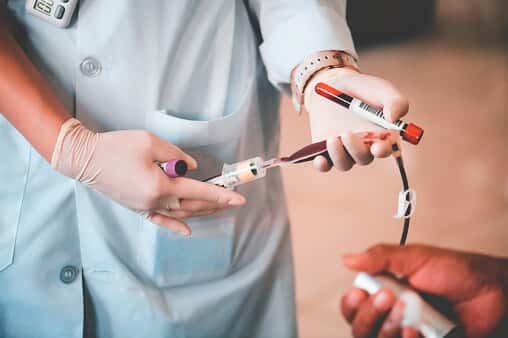