Cost to replace a garbage disposal

While your household can function without a garbage disposal, you may miss it when it stops working. That’s especially true if your broken garbage disposal also comes with a new leak under your sink. So, we reached out to eight home repair professionals around the country to ask them about garbage disposal replacement costs.

A good rule of thumb is that when your garbage disposal is on the fritz and there’s nothing stuck in it or your plumbing, it’s better to replace it completely.

If your disposal is on its last legs, you may notice a grating sound when it’s in use, leaks under your sink or a complete loss of power. Dain Brooks of MN Plumbing & Home Services told us, “The number one sign you need to replace your garbage disposal is leaking. We hear that a lot because the seal would have dried out and there’s something wrong with the seal between the disposal and the sink. At that point you’d want to replace it completely.”

Brooks, who’s been a plumbing estimator since 2004, emphasized that replacement is almost always the right answer when it comes to garbage disposals: “Rarely anything in the plumbing business is worth repairing.”

However, there are times when a replacement isn’t needed. Most garbage disposal “repairs” don’t actually fix the unit itself; instead, they involve dislodging an obstruction caught in the blades or unblocking a clogged drain tube. So, if you’re lucky enough to have a simple issue like this, you may be able to avoid replacing your garbage disposal.

What it takes to replace your garbage disposal

Here’s a quick rundown of what’s involved in replacing a garbage disposal.

Removing an old garbage disposal from the mounting assembly is a straightforward job, and you can dispose of the unit with your regular garbage pickup. If you’re removing the old unit yourself, be sure to turn the water off at the base of the sink and cut the breaker before starting work.

Replacing a garbage disposal doesn’t always require electrical work, but it sometimes does. If you already have a garbage disposal under your sink, it will either be plugged into an outlet or hard-wired directly to your electrical system. There should also be a switch that turns the disposal on and off above your counter.

However, if these components aren't working or if your previous unit caused electrical damage, you’ll need a licensed electrician to make things right, which will cost around $150 to $200 in labor and materials.

Garbage disposals sit directly under your kitchen sink drain and divert the wastewater through a discharge tube and into the main drain line. If you have a dishwasher, you’ll also need a drain hose that connects the dishwasher to the disposal so large food particles don’t make it to the main drain line. Ensure all of these connections are present and working before you install your new disposal.

If the new disposal is the same size as your previous unit, installation will be easier since you’ll essentially be swapping the two. However, if you’re upgrading to a larger disposal, you’ll likely need to adjust the height of the drain pipe. If you’re paying someone to do the installation, this added work may increase your total costs and add two to three hours of labor.

A garbage disposal generally costs anywhere from $100 to $500, depending on the brand and how powerful it is.

The grinding power of a disposal is measured in horsepower, with the least powerful models having ⅓ horsepower and heavy-duty models having 1 horsepower or more. The sweet spot for most homes is often right in the middle at ½ to ¾ horsepower, so it might be worth upgrading if you’re doing a kitchen remodel and your current disposal is underpowered.

Joshua Ezell of Breakthrough Handyman in Phoenix, Arizona, explained to us why a higher horsepower model is preferable: “Power is key. Power equals how easily the blade will cut through whatever you’re putting down the sink. A smaller motor will be less expensive and it will struggle to cut through many items most homeowners want to dispose of, inevitably giving out sooner. Three quarters or more horsepower can usually handle what homeowners need.”

The brand and model you choose have the most effect on the price, with higher horsepower models costing more. Plan on spending around $100 at least for a decent unit that will hold up over time.

We consulted our panel of industry professionals to get ballpark price ranges for the garbage disposal brands in the table below. We checked their answers against what’s available at popular home improvement retailers just to be sure, but it’s worth pointing out that these ranges don’t include every outlier. (Some brands offer expensive commercial models that skew their price ranges away from what our sources said was normal.) These costs are also just for the unit and do not include installation.

*Price ranges are primarily based on feedback from industry professionals and may not be representative of every offering from a given brand.

Across the board, the one brand all our sources recommended was InSinkErator, and the Badger model was frequently cited as one of its most reliable offerings. That said, they also reported InSinkErator as one of the most expensive brands to replace, and there are other brands that have track records of reliability.

You can buy a garbage disposal online or from a hardware store, and many people choose to buy a replacement unit themselves then hire someone to install it. Typically, the job will take a professional just a few hours and cost anywhere from $100 to $350, depending on the scope of work and potential complications (like water damage or old wiring).

Labor costs tend to be lower when you’re swapping out same-size units. If you’re upgrading to a larger unit, prepare for higher prices since your plumbing may need to be adjusted for proper drainage.

Dain Brooks, the plumbing estimator from Minnesota we spoke with, said, “When I mention a drain drop or lowering a drain, that’s where it can get expensive. … That can increase the installation by at least $400 because you might have to pull out a dishwasher or cabinet to open the wall to lower the drain.”

Installing a garbage disposal where there wasn’t one before can also be expensive since it needs to be hard-wired to your electrical system or plugged into a grounded outlet, preferably a ground-fault circuit interrupter (GFCI). This usually means getting an electrician out to your home in addition to a plumber.

Some homeowners are able to replace garbage disposals on their own with a few basic tools, avoiding labor costs entirely. So, if you’re comfortable doing simple projects around the house, this could be a good option, especially if your new unit is the same size as your old one.

That said, the relatively low cost of hiring a professional may be worth it in the long run. Ezell, the handyman in Arizona we interviewed, told us: “I would suggest a pro on this 100% of the time. The cost of doing it right is worth removing the risk of doing it wrong and you can rest assured your kitchen will not flood when you do the dishes later that night.” 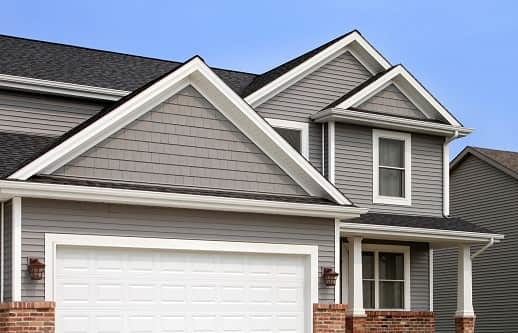 Looking for a home warranty company?READ OUR GUIDE