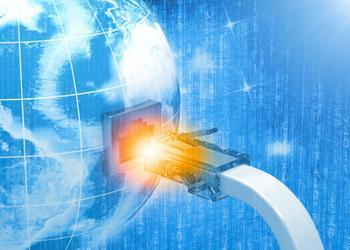 Net Neutrality can be something of a complex subject, but another poll shows consumers not only understand what it is, they want to keep it.

In short, Net Neutrality holds that internet service providers (ISP) have to treat all web content the same. That means they can't charge extra to sites that use more bandwidth, and they can't favor the content of one site over another.

Some ISPs have protested, saying they've spent millions of dollars building out their networks and should be allowed to manage them as they see fit.

In the latter years of the Obama Administration, the Federal Communications Commission (FCC) established Net Neutrality as policy, over the protests of some ISPs.

President Trump's FCC Chairman Ajit Pai is a long-time critic of Net Neutrality, and under his leadership the FCC has taken steps to reverse the policy. But it might not be either good business or good politics.

A new poll of U.S. consumers has found 74% supporting legislation that enshrines the principals of Net Neutrality -- namely a law enabling consumers to use the internet free from government or corporate censorship, while setting up one set of rules that applies to all internet companies.

The poll suggests consumers are comfortable with Congress taking the issue out of the hands of the FCC and setting the policy in stone.

"Americans overwhelmingly favor a permanent net neutrality law over FCC regulations that can be changed from administration to administration," said Mike Montgomery, Executive Director of CALinnovates, a non-partisan tech advocacy group based in San Francisco, which conducted the survey.

Previous research has suggested consumers are growing more concerned about Net Neutrality issues, such as potential throttling, blocking, and the creation of so-called fast lanes.

Younger consumers appear to feel more strongly about the legislative route than their older counterparts. In fact, 18 to 29 year-olds were almost twice as likely to support making Net Neutrality the law of the land than continuing to leave the issue up to the FCC.