The sky really is falling this time, says Stop the Cyborgs. It offers t-shirts to buy a little time. 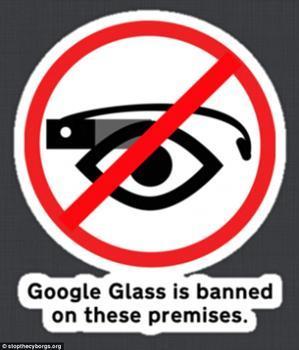 It's been nearly a year since the world first heard of Google glasses, now officially known as "Google Glass."  The high-tech eyewear (or is it eyeware?) will direct you to the nearest Starbucks and perform other acts previously unknown in the history of humanity.

If a group of anonymous protestors have their way, Google Glass will never see the light of day. The group -- Stop The Cyborgs -- says it is "fighting the algorithmic future one bit at a time."

The group's main complaint seems to be that while Google Glass wearers are peering out at the world through their new shades, Google and its Big Data partners are basically peering back in at them, recording their every step and stutter.

"If you are not paying for the product then the product is you," Stop the Cyborgs asserts, a very good slogan that perhaps is not totally original to the protestors. The anti-cyborgians say that Google Glass will create a world in which "privacy is impossible and corporate control total."

Never mind the person wearing the Google Glass, they've already given up their privacy and autonomy, the group says, claiming that it's the rest of us who should be worried. 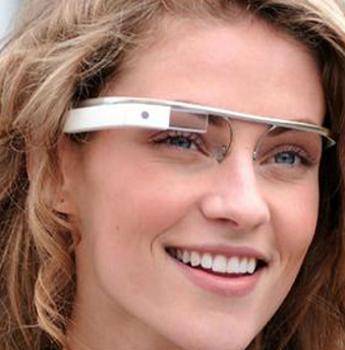 How, they ask, are we to know that someone wearing Google Glass is not recording us without our permission? How do we know we aren't being stalked by someone who is able to stay out of sight, thanks to Google Glass?

How do we know the Google Glass wearers aren't feeding our secrets back to the mother ship? Not even tinfoil hats will stand up to Google Glass.

"Gradually people will stop acting as autonomous individuals, when making decisions and interacting with others, and instead become mere sensor/effector nodes of a global network," the anti-cyborg site states unequivocally.

Well, perhaps so. But what's a privacy-type person to do? Why, visit the Stop the Cyborgs store, of course. There you can buy t-shirts and stickers proclaiming that "Google Glass is banned on these premises."

Of course, no one really knows exactly what Google Glass will do, something the no-cyborg site concedes. It rather generously describes its worldview as "educated speculation," which is, after all, a small step above idle speculation.

Besides, Gotham-dwellers need not despair. When Mayor Bloomberg, who has already declared war on ear pods, fat, sugar and cigarettes, hears about this and takes a closer look, New York City will be proclaimed a cyborg-free zone. The rest of the country will surely follow.