Cost of an alternator replacement

Expect to spend at least $500 for a direct replacement

Having a vehicle that isn’t operating properly — or not operating at all — can be frustrating, and it’s difficult to figure out what the issue is and what it might cost to fix.

If you’re dealing with a faulty alternator, the cost to replace it with a brand-new part from your vehicle’s manufacturer can be $500 or more, depending on your vehicle. We’ve broken down what an alternator is, how to know if yours is bad and what to expect when you need it replaced.

What is an alternator?

Your car's alternator generates most of the electricity in your vehicle, powering everything from the radio to the taillights. Here’s how it works:

Your car battery stores the excess electricity created and saves it for when you need power while your engine isn’t running, like at start-up. Alternators are a pretty standard piece of equipment in most vehicles, although some hybrid models won’t have one.

Signs of a bad alternator

A broken alternator — not to be confused with a failing alternator belt (also called the serpentine belt) — can be hard to diagnose because many of the symptoms of a bad one are the same as the symptoms of a faulty battery, and both can be debilitating enough that diagnostic tests are impossible to run right away. In layperson’s terms, it’s hard to know what’s wrong with your car’s electrical system when there’s no power.

Here are a few common symptoms of a bad alternator:

Regardless of the cause, if you’re experiencing issues with your vehicle, it’s important to schedule an inspection with a licensed mechanic. They can test different components of your vehicle and use OBD-II readings to determine what the issue is. You may have to pay for these tests, but they should help you avoid paying for a repair that’s not needed.

How much does it cost to fix an alternator?

Repairing your vehicle's alternator generally isn’t a viable option compared with replacing one. There are a few reasons for this, but the main one is that repairing something can cost a lot more in terms of labor than replacing it.

In theory, an alternator repair could be cheaper, especially for high-end vehicles, but it’s uncommon. If you want to explore all your options, ask your mechanic for an itemized repair quote and compare it with the cost of a replacement. An itemized quote will allow you to see exactly what you’re paying for and how much of it is related to labor and how much is for parts.

How much does it cost to replace an alternator?

Your vehicle’s make, model and age affect the cost of repairs. Newer, higher-end vehicles tend to have more expensive components, while less expensive vehicles are likely cheaper to fix.

It’s worth pointing out that our parts estimates are in line with prices for components from the original equipment manufacturer (OEM), but you can potentially save a lot of money by using aftermarket parts. Just be aware that this may affect whatever warranty is left on your vehicle.

Labor costs vary less across our sample cars, but these still differ from vehicle to vehicle. Some cars and trucks have more compact or complicated setups under the hood that make it harder to get to the alternator, and the more time it takes to replace your alternator, the more you’ll pay.

Can I drive with a bad alternator?

You can potentially drive a short distance with a faulty alternator, but we don’t recommend it. Because this component powers so many different parts of your vehicle, driving with a bad alternator can impact various functions. A faulty alternator often leads to a dead battery, and, if left unfixed, it could permanently ruin your battery.

Simply put, you and your wallet are probably better off getting a bad alternator replaced before it leads to more extensive issues.

Replacing your car's alternator isn’t cheap, but it’s also not the worst car problem you can have. If you’re having problems with your car’s charging system:

The cost to replace your alternator will depend on what car you drive and what shop you go to, but you can potentially save money by using aftermarket or remanufactured parts. Once your alternator is replaced, you’re good to go.

However, if you want to avoid paying to replace your alternator again in the future, an extended auto warranty may be a good call.

Extended warranties, also called vehicle service contracts, cover the cost of unexpected repairs due to malfunctioning or broken parts. As long as your plan covers your alternator, the next time it malfunctions, you’ll only have to pay your deductible. Your warranty provider will cover the rest. A reviewer from Georgia told us their alternator went out, and thanks to their extended auto warranty, they were back on the road the same day. 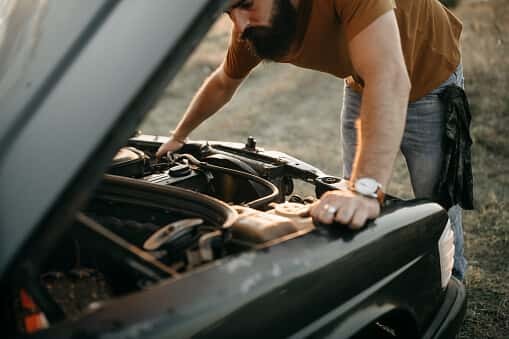 Looking for an extended auto warranty?READ OUR GUIDE