VW case concludes, Fiat Chrysler may be next 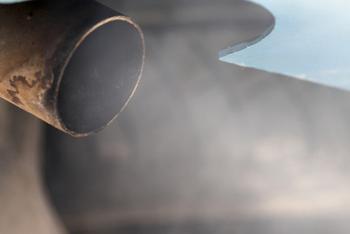 Like a day in traffic court, one case is disposed of while others wait their turn. In this case, it's Volkswagen that has been fined and sent on its way while courtroom hangers-on wait to see what happens to the next potential defendant, Fiat Chrysler.

Federal Judge Charles Breyer in San Francisco yesterday signed off on the settlement with Volkswagen that will start the formal claims process for owners of Volkswagen, Audi, and Porsche 3.0-liter TDI diesel cars, the last chapter in the VW dirty diesel thriller.

Up next on the docket may be a suit against FCA NV -- a/k/a Chrysler -- said to be in settlement talks with prosecutors over alleged violations of U.S. clean-air rules by its diesel-powered cars and trucks.

The government is said to be ready to file suit against Fiat Chrysler as early as this week if the settlement talks fail. The allegation is that FCA used illegal software to disable pollution controls when the vehicles are undergoing emission tests. That's what Volkswagen did, but FCA is adamant that its software did not do anything illegal.

However, sources close to the case say FCA hasn't been able to explain just exactly what the software does, according to an Automotive News report.

“Under the Commission’s 2.0 liter and 3.0 liter settlements, Volkswagen will offer consumers over $11 billion in compensation,” Maureen K. Ohlhausen, FTC’s Acting Chairman, said. “We are confident that these orders will fully reimburse injured consumers, while sending a strong message to others that deceptive conduct does not pay.”

As the Federal Trade Commission (FTC) first announced in February, consumers who bought 3.0 liter vehicles will receive up to $1.2 billion in compensation for Volkswagen’s allegedly misleading “clean diesel” claims, added to the more than $10 billion redress fund already created for 2.0 liter consumers.

In all, consumers who bought affected “clean diesel” vehicles will receive up to $11.5 billion, and the court may hold Volkswagen in contempt if it makes deceptive environmental claims in the future.

Consumers can determine if they are eligible for compensation, and if so for how much, at VWCourtSettlement.com and AudiCourtSettlement.com. They can also use these websites to submit claims, make appointments, and receive updates.