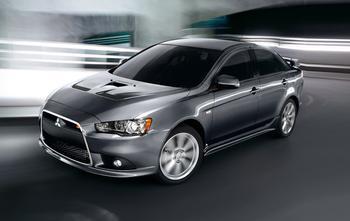 These passenger side front airbag inflators may be susceptible to moisture intrusion which, over time, could cause the inflator to explode in the event of an air bag deployment.

In the event of a crash necessitating deployment of the passenger's frontal air bag, the inflator could explode with metal fragments striking the vehicle occupants potentially resulting in serious injury or death.

MMNA will notify owners, and dealers will install a final replacement passenger side frontal air bag inflator, free of charge.