The products may be contaminated with E. coli O157:NM 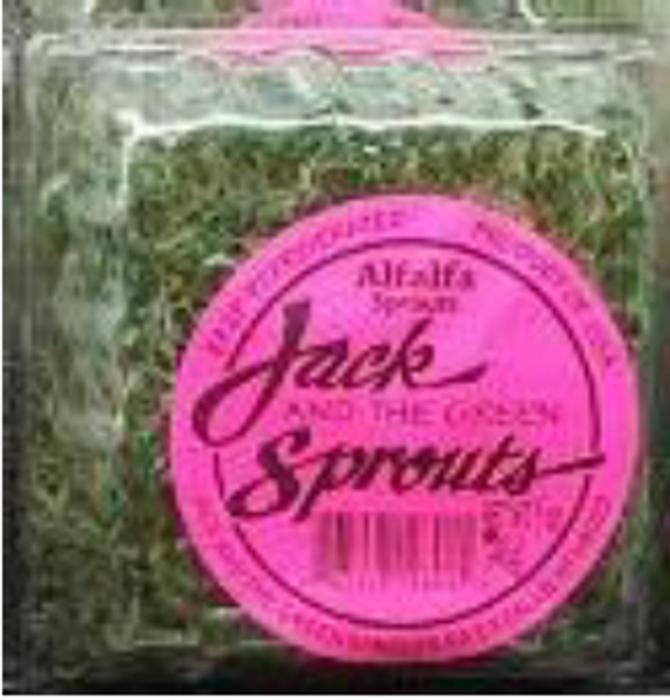 Jack & The Green Sprouts of River Falls, Wis. is recalling alfalfa and alfalfa onion sprouts that may be contaminated with E. coli O157:NM.

The Minnesota Department of Health identified seven E. coli cases in January and early February. The ill individuals range in age from 18-to-84 years, and five are female. Four of the cases are residents of the Twin Cities metro area, and three live in greater Minnesota. Two were hospitalized, and both have recovered.

Two additional cases of E. coli infection were identified by the Wisconsin Department of Health Services (WDHS) in Wisconsin residents. Neither case was hospitalized.

The company distributes alfalfa sprouts to states in the upper Midwest and possibly other states. The seven Minnesota cases and at least one of the Wisconsin cases were exposed to the implicated alfalfa sprouts from a variety of locations, including grocery/cooperative stores, restaurants, salad bars and commercial food service.

Officials urge consumers not to eat alfalfa sprouts produced by Jack & The Green Sprouts and retailers and restaurants not to sell or serve them.

You can reduce your risk of illness by requesting that raw sprouts not be added to your food.