The boots can release from the binding unexpectedly 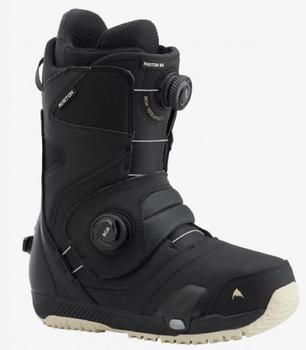 The Burton Corporation of Burlington, Vt., is recalling about 4,800 pair of snowboard boots.

The boots can release from the binding unexpectedly, posing a fall hazard to the user.

The company has received seven reports of the boots releasing from the binding unexpectedly. No injuries have been reported.

This recall involves Step On snowboard boots from the winter 2017-2019 seasons. The recalled boots were sold in a variety of colors. The model name is printed on the inside of the boot tongue.

The boots, manufactured in China, were sold at Burton and other specialty stores nationwide and online at Burton.com and other websites from November 2016, through December 2017, for between $300 and $400.

Consumers may contact Burton at (800) 881-3138 from 8 a.m. to 6 p.m. (ET) Monday through Friday, by email at info@burton.com or online at www.burton.com and click on “Step On Heel Cleat Update” for more information.