The secondary reel can become stuck in the open position 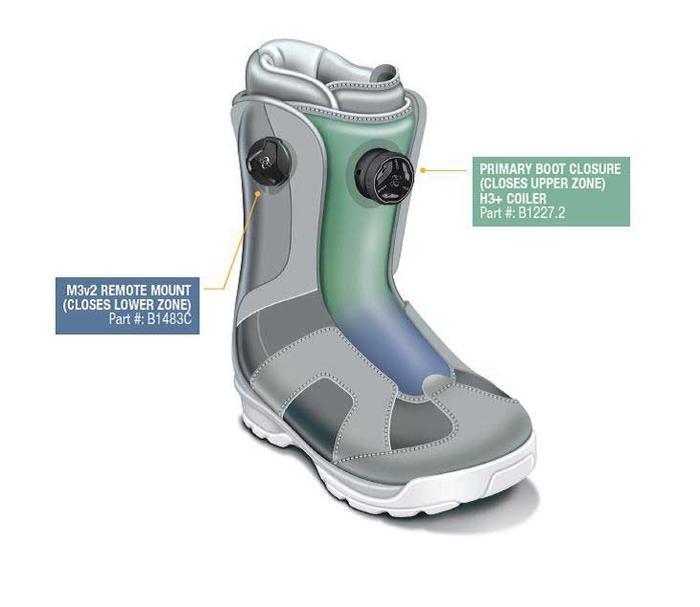 Boa Technology of Denver, Colo., is recalling about 37,500 pair of snowboard boots with Boa secondary reels.

The secondary reel can become stuck in the open position, causing the fit at the forefoot of the boot or tongue to loosen and posing a fall hazard.

The firm has received two reports of incidents. No injuries have been reported.

If the M3v2 reel has an adhesive sticker dot on the front, then the recalled dial has already been replaced and nothing further needs to be done.

The boots, manufactured in China, were sold at REI and other retailers nationwide and online, including at REI.com and Backcountry.com, from June 2015, through October 2015, for between $100 to $750.

Consumers should immediately stop using the snowboard boots and contact the retailer where the boots were purchased or Boa for a free repair kit. Free replacement reels and a repair tool will be provided with instructions. A repair video is also available at https://vimeo.com/boa/M3v2fix.

Consumers may contact Boa toll free at 1-844-203-1297, by email at info@boatechnology.com or online at www.boatechnology.com and click on “2015/16 Snowboard + Ski Boot Secondary Reel Recall” for more information.