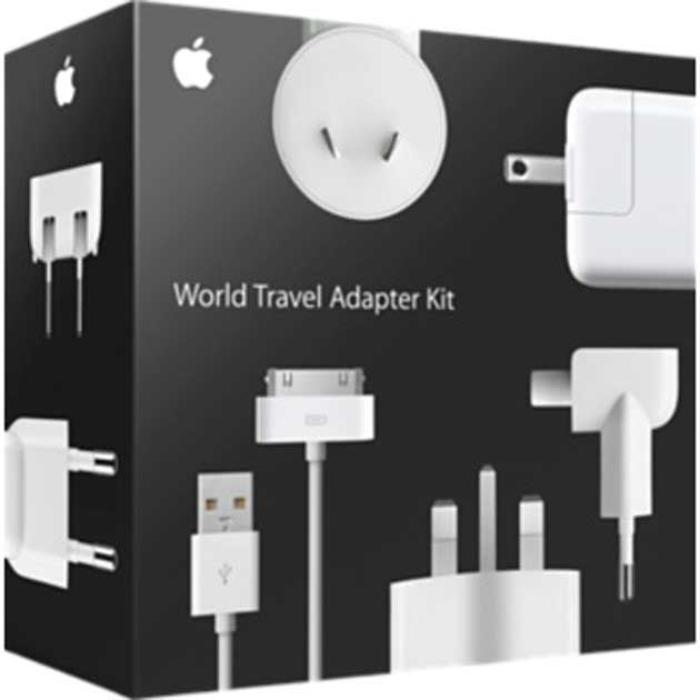 Apple of Cupertino, Calif., is recalling about 900,000 AC adapter kits and plug adapters in the U.S. and Canada.

The two-prong wall plug adapters for Australia/New Zealand/Argentina, Brazil, Continental Europe and Korea can break and expose the metal portion of the adapter, posing an electric shock risk.

The company has received 12 reports of wall plug adapters breaking and consumers receiving shocks overseas, including three reports of consumers who were medically evaluated and released. No reports of incidents or injuries were reported by U.S. consumers.

This recall involves Apple World Travel Adapter Kits and wall plug adapters. The kits contain three-prong and two-prong AC wall plug adapters that fit different electrical outlets worldwide. The recalled adapters were made for use in Australia/New Zealand/Argentina, Brazil, Continental Europe and Korea and were also sold with Mac computers and iOS devices. The wall plug adapters are white plastic with the following characteristics:

The kits and plugs, manufactured in China, were sold at Apple stores and other home electronics stores, and online at Apple.com from January 2003, through January 2015, for about $30.

Consumers may contact Apple at 800-275-2273 any time, or online at www.apple.com and click on AC Wall Plug Adapter Recall Program for more information.