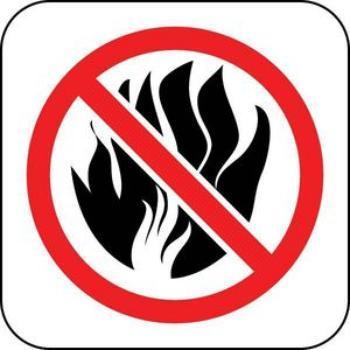 No doubt California meant well when it enacted fire safety laws that require the use of fire retardant chemicals in foam cushions but the end result is that consumers nationwide face potential harm from the chemicals, a pair of studies finds.

The first study found potentially harmful chemicals in 85 percent of foam cushion samples collected from couches in 102 homes, including chlorinated Tris – a fire retardant known to cause cancer in laboratory animals.

“Hard to believe, 35 years after our research contributed to removing chlorinated Tris from children’s sleepwear, our current study suggests that more than a third of American couches contain the same toxic flame retardant,” said Dr. Arlene Blum, co-author of the study. “And sadly enough, many Americans could now have increased cancer risks from the chlorinated Tris in their furniture.”

Regulations enacted by California often wind up affecting consumers nationwide. Because California is such a large part of the U.S. market, many manufacturers simply design their product to meet California's regulations rather than building two separate versions of the same thing.

The second study, by researchers at the Silent Spring Institute in Boston, found the chemical Tris, along with 40 other fire retardant chemicals, in household dust collected from many California homes. In addition to finding fire retardants that are currently being applied to couches, kids’ products and electronics, this study also detected several classes of chemicals that were taken out of production in the 1970s and 2000s because of toxicity fears – but that still linger in the dust of people’s homes.

“These dangerous chemicals are turning up everywhere largely because of a California regulation that requires that millions of pounds of toxic fire retardants be added to foam furniture, even though there is absolutely no evidence that they provide meaningful fire protection,” said Sonya Lunder, a senior research analyst with the Environmental Working Group (EWG). “They may even make fires more dangerous for first responders.”

Previous research has shown that the fire retardants in foam products break down and contaminate household dust with microscopic particles that can stick to kids’ hands, toys and other items.

Studies have shown that the bodies of nearly all Americans tested have measurable levels of one type of fire retardant known as PBDE. In 2008, EWG found that children have on average three times higher concentrationsof PBDE in their bodies than their mothers do, likely from household products. And recent studies have found that babies with the highest exposures to PBDEs in the womb had measureable deficits in learning and development over the first four years of life.

“It is alarming to know the couch I’ve owned for seven years, which my children and grandchild have sat on, played on, and grown up on, is shedding harmful chemicals," said Kathy Curtis, LPN, and National Coordinator of the Alliance for Toxic-Free Fire Safety. "It’s especially maddening given these chemicals don’t provide any meaningful fire safety benefit in regards to the current regulations.”

In response to mounting pressure, Israel Chemicals Ltd., the sole manufacturer of one of the chlorinated Tris chemicals (TDCPP), which was found in both studies, recently announced it will stop selling TDCPP for consumer products in January of next year.