Foreclosures Down But Predicted To Rise In 2012

RealtyTrac finds much of the damage in just three states 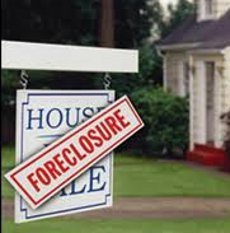 Foreclosure filings, which can be anything from a default notice to a bank repossession, were reported on 224,394 U.S. properties in November, a three percent decrease from the previous month and a 14 percent decrease from November 2010, according to RealtyTrac, a foreclosure marketing firm. The report also shows one in every 579 U.S. housing units with a foreclosure filing during the month.

But it could be just the calm before yet another foreclosure storm.

"Despite a seasonal slowdown similar to what we've seen in each of the past four years, November's numbers suggest a new set of incoming foreclosure waves, many of which may roll into the market as REOs or short sales sometime early next year," said James Saccacio, co-founder of RealtyTrac. "Overall foreclosure activity is down 14 percent from a year ago, the smallest annual decrease over the past 12 months, and some bellwether states such as California, Arizona and Massachusetts actually posted year-over-year increases in foreclosure activity in November."

Saccacio says scheduled foreclosure auctions reached a nine-month high in November, corresponding to a recent surge in default notices that began back in August.

"Many of the new defaults that started the foreclosure process over the past few months are now being scheduled for public foreclosure auction," Saccacio said.

Notices of default (NOD) are a good barometer of future action in the foreclosure market - an early warning sign that a homeowner is in trouble. In November, RealtyTrac reports 71,730 NODs, down eight percent from October and down nine percent from November 2010. That's an encouraging trend.

Once again, Nevada posted the nation's highest foreclosure rate for the 59th straight month in November despite artificially low foreclosure activity caused by a new state law that took effect in October that alters the foreclosure process in the state. A total of 6,512 Nevada properties received a foreclosure filing in November, up three percent from a 45-month low in October, but still down 43 percent from November 2010.

One in every 175 Nevada housing units had a foreclosure filing in November, more than three times the national average.

When it comes to raw numbers of foreclosure actions, California, Florida and Michigan led the nation in November. There were a total of 63,689 California properties with foreclosure filings in November, the most of any state and 28 percent of the national total.

Florida foreclosure activity in November decreased 25 percent from a 13-month high in October, but the state still had 24,739 properties with foreclosure filings during the month -- the nation's second highest total.

There were a total of 13,777 Michigan properties with foreclosure filings in November, the nation's third highest state total despite a 14 percent decrease from October.