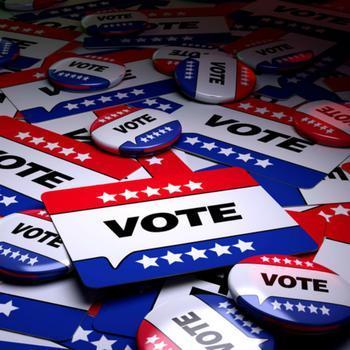 For years, Baby Boomers have been the controlling demographic in American politics, but a new study shows that torch is being passed.

According to new findings from the Pew Research Center, Millennials and Gen Xers (ages 18-51) made up 69.6 million votes in the 2016 election. That’s slightly more than half of the 137.5 million total votes cast, with Baby Boomers only accounting for 35% of that figure.

The researchers point out that this is the first time in several decades that Baby Boomers cast the minority of votes in a general election.

“The shift has occurred as millennials accounted for a growing share of the electorate and as those in the Silent and Greatest Generations aged and died,” said senior researcher Richard Fry.

The study indicates that there was a huge upswing in voter participation for the youngest voters between the 2008 and 2016 elections; the researchers estimate that 34 million Millennials cast a vote in November, up from 18.4 million votes cast in 2008.

Gen Xers also came out to vote in record numbers during the 2016 election. The researchers say that there were 35.7 million votes cast by consumers between the ages of 36 and 51 in November, with 63% of eligible voters reporting to their polling station.

In addition to the simple passage of time, the researchers say that there are several factors that are contributing to the surge of younger voters. One of the biggest that Fry points to for Millennials is immigration, since many naturalized citizens are becoming old enough to vote.

“As a result, millennials are likely to be the only adult generation whose number of eligible voters will appreciably increase in the coming years,” he said.

So, what does this mean for American politics? According to a previous Pew study published in March, it could indicate a future voting populace that leans more left.

“The public’s overall partisan and ideological balance changes little from year to year. But there have been some long-term shifts among the public and within generational groups,” the researchers said.