Why you really need to start paying down your credit cards 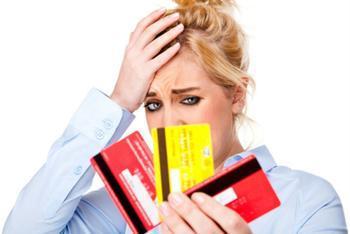 Among your New Years resolutions for 2017 may have been paying down your credit card debt.

So, how's that working out?

True, it has been less than one month, but if that resolution was on your list it should take on new urgency. The average credit card interest rate has remained at a record high, 15.42% for a second straight week, according to CreditCards.com.

The average is made up of 100 of the most-used credit cards, representing every card category. For example, in the Low Interest Credit Card category, the average interest rate this week is 12.22%, up from 11.98% six months ago.

If you're carrying a balance on a credit card for consumers with bad credit, you're paying an average rate of 22.98%, up only slightly from six months ago.

And that balance transfer card that is giving you an introductory period of 0%? If that period ran out this week, you would be paying an average rate of 14.67%.

Average rates on new card offers began to rise after the Federal Reserve raised its benchmark interest rate by a quarter of a percent last month. Most major card issuers increased rates by the same amount, pushing the national average to an all-time record, the highest since CreditCards.com started tracking rates in 2007.

But the record isn't likely to last for long. That's because the Fed has signaled it plans to boost rates at least a couple of more times this year. If the economy begins to heat up, they'll likely boost rates even more.

Before that happens, it's a good idea to reduce your credit card balances as much as possible, focusing on the highest interest cards first. And you won't make much headway unless you pay significantly more than the minimum due.

A University of Illinois study found 29% of consumers with credit card balances only pay the minimum each month. That means they take longer to repay the principal and pay more in interest.

Here's a tip: instead of paying the minimum, look at your bill and see what the interest, or finance charge is. Next, figure out how much more you can pay -- then add that amount to the interest charge. Your payment will cover the cost of interest and your additional payment will reduce the amount of what you owe.