Why you may make more if you’re physically attractive

Researchers say it's a factor, but certain individual traits matter too 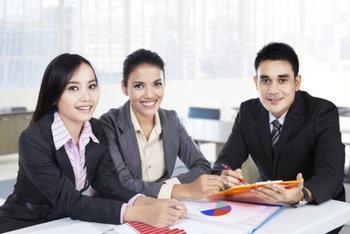 Tensions can run high amongst employees when it’s time for a company to distribute raises and promotions. Oftentimes, those who end up getting the short end of the stick will feel slighted, but does the fact that they’re making less than their coworkers have anything to do with their looks?

Researchers from the London School of Economics and Political Science and the University of Massachusetts believe that may be a factor. After conducting a study, they stated that being more physically attractive gave consumers an edge when it came to earning more income.

However, they say that beauty isn’t really the key aspect that leads to more money. It turns out that the personality traits and confidence imparted by being good-looking are more important.

"Physically more attractive workers may earn more, not necessarily because they are more beautiful, but because they are healthier, more intelligent, and have better personality traits conducive to higher earnings, such as being more Conscientious, more Extraverted, and less Neurotic," explains researcher Satoshi Kanazawa.

The idea that more attractive workers make higher salaries isn’t necessarily a new one; past studies have sought to address the “beauty premium” and “ugliness penalty,” as the researchers call it.

In the current study, the researchers evaluated the concepts by analyzing a nationally representative sample of U.S. workers. It rated workers based on physical attractiveness at four different points in life over a 13-year period. The findings were organized using a five-point scale.

The analysis showed that workers were not necessarily discriminated against because of how they looked. Rather, the researchers found that aspects such as health, intelligence, and major personality factors correlated with physical attractiveness.

Pays to be unattractive?

In a bit of an ironic reversal, the researchers even found that in some cases it paid to be more unattractive than coworkers.

After analyzing the findings, Kanazawa and lead researcher Mary Still found that respondents who were rated as “very unattractive” on the scale usually made more than those who were simply unattractive. These workers were even able to challenge those more highly rated in beauty in some circumstances.

The full study has been published in the Journal of Business and Psychology.