Why healthcare costs so much 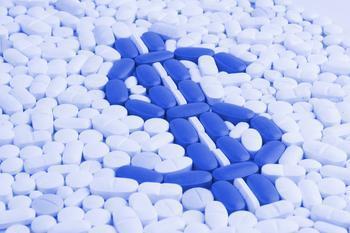 Everything about healthcare seems to be getting more expensive every day.

Drug prices have risen so quickly that it's become a hot political issue. Lawmakers on both side of the aisle have been quick to criticize drug companies for big price increases.

Heath insurance, which is what most consumers use to pay for healthcare, also costs more. Even Obamacare premiums have surged in the last year.

Why is getting treated for a health condition, minor or serious, so expensive? Two numbers may hold a clue.

In 1960, total healthcare spending, covering things like drugs, hospital visits and doctors' appointments, made up just 5% of America's Gross Domestic Product (GDP). That suggests consumers were spending their money on other things besides healthcare.

By 2013, healthcare spending had surged to more than 17% of America's GDP. Americans were spending more, in part, because the healthcare infrastructure had expanded. There are a lot more people in the business drawing paychecks

Hospitals, which were Spartan, utilitarian facilities in 1960, inexpensive to build and maintain, had become multi-million dollar palaces by 2013, with plush accommodations, the latest equipment, and large staffs.

A report prepared for the Centers for Medicare and Medicaid Services (CMS) found that from 1960 through 2013, health spending rose from $147 per person to $9,255 per person. That averages out to an increase of 8.1% per year.

Today, households spend a greater percentage of their incomes on healthcare than they did 57 years ago.

But expensive hospitals are not the only reason healthcare expenses have outpaced the inflation rate. David Cutlar, a Harvard health economist, says the structure of the healthcare system has drastically changed since 1960.

Is there any way to reduce costs? Expensive hospitals aren't going to go down in price, but if less palatial facilities are built in the future, it might be a start.

Cutlar says the step that might yield the most immediate results is to eliminate tests and procedures that aren't necessary. But since providers make a profit on these procedures and many patients pass the costs on to their health insurance providers, there may be little incentive to take that step.