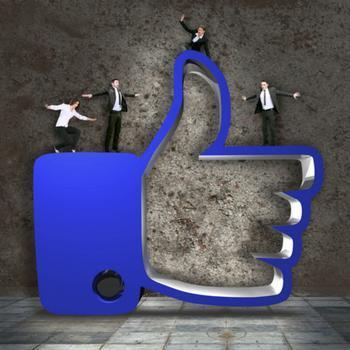 You might think that checking in on your Facebook profile is just something to do to pass the time, but two new studies from Michigan State University show that disconnecting from social media can be more than a little challenging for some consumers.

Researcher and assistant professor Allison Eden says that many users compulsively check their Facebook feed because they’re addicted to the positive feelings they associate with the site. She says that this learned reward response can be especially hard to overcome for some people.

"People are learning this reward feeling when they get to Facebook," she said. "What we show with this study is that even with something as simple as the Facebook logo, seeing the Facebook wall of a friend or seeing anything associated with Facebook, is enough to bring that positive association back."

In the first study, Eden and her team exposed participants to a Facebook-associated image – such as the site’s logo or a profile page – and immediately followed it with an image of a Chinese symbol. Each person was asked to judge whether they thought the symbol was pleasant or unpleasant.

The results showed that heavy Facebook users were more likely to rate the Chinese symbol positively when compared to less frequent users; the researchers say this is likely due to the positive emotions associated with Facebook bleeding over into their judgment.

In the second study, participants were given a survey that asked them to measure their cravings to use Facebook. Many of the responses indicated that users harbor feelings of guilt when it comes to giving in to their cravings.

The researchers explain that this is especially harmful since users can trap themselves in a cycle of self-regulatory failure where they repeatedly feel bad for not regulating their Facebook activity. They say that one solution may be to remove certain triggers or cues from users’ environment, such as removing the Facebook logo from their phone’s home screen.

"Media, including social media, is one of the most commonly failed goals to regulate," Eden said. "People try to regulate themselves and they really have difficulty with it."

The full study has been published in Cyberpsychology, Behavior, and Social Networking.