Where rents are rising the most (and least) 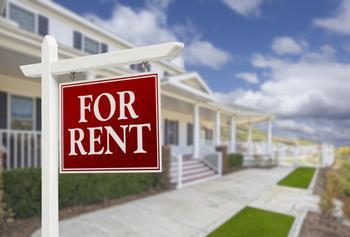 Extremely tight supplies of houses for sale and rental housing have pushed up the cost of both, according to the Harvard Joint Center for Housing Studies.

The Center reports that in 2015, nearly 19 million households paid more than half their income for housing. While home prices account for some of that, much of the increase is being driven by rising rents.

The Harvard researchers point out that slowing home sales may be driven in part by tighter inventories, but they say affordability is also a significant factor.

Nearly half of renters can't afford to buy

The found that on average, 45% of the renters in U.S. metro areas could not afford the monthly payments on a median-priced home in their area. In several of the most expensive metros, the share drops to only 25%.

That means these consumers remain renters and are competing with other renters for available housing, making rents more expensive.

But it turns out rents are rising more, and faster in some metros than others. Personal finance publisher GoBankingRates.com dug into the numbers to see where rents are going up the fastest. Not surprisingly, the top five are on the coasts.

Where rents are rising fastest

But despite rising rent affordability issues, GoBankingRates researchers also found markets where the average rent is going down, sometimes for obvious economic reasons, sometimes because rents rose too far, too fast. Bronxville, N.Y., for example, saw the average rent plummet by $475. Buffalo experienced an average rent decrease of $355.

What can consumers do with this information? The researchers say it could be useful for renters who have options about where to live. They say it may also prove useful in helping renters decide if it makes sense to try to purchase a home.

And, for that matter, landlords can use the information to see if they are wringing every last dollar out of their tenants.

You can check out the full results here.