What stresses you out at work?

A survey finds deadline pressure is the most common source 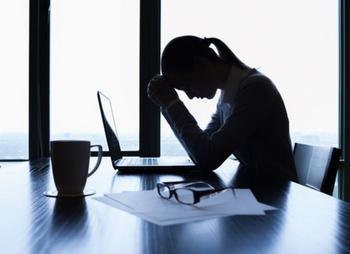 Let's assume that people normally think they have a little too much stress at work. It just goes with the territory. No one thinks they have it easy, right?

But when CareerCast conducted a survey of its readers, it found nearly three-quarters of them believed they were under a lot of stress at work. Participants were asked to rate their stress on a scale of one to 10, with 10 being constant stress.

Almost no one admitted to a stress-free job. But the survey found 71% of participants rated their stress at seven or more, suggesting they believe they work in a very stressful environment.

What's the source of the stress? Thirty percent said it was the deadlines they had to meet as part of the job. The next-closest source of stress was being responsible for other people's lives, like being an airline pilot, surgeon, or police officer. That came in at 17%.

Further down the list, 10.2% said competitiveness in the office was the biggest source of stress and 8.4% pointed to the physical demands of the job.

"There isn't much you can do about reducing stress if you are on the front lines and responsible for the lives of others aside from changing careers," said Kyle Kensing, online content editor for CareerCast. "However, if deadlines are causing undue stress at work, ask your supervisor for additional resources to help with the project or find out if timelines can be relaxed to find some relief."

Believe it or not, people who work in education reported higher stress levels than those in healthcare. Among education workers, 88.9% reported a stress level of seven or higher, while only 69% of healthcare workers did.

In between are people who work in customer service, the poor souls who spend each day listening to our complaints. Seventy-eight percent of customer service employees reported a stress level of seven or higher.

The survey found that stress was a principal reason some employees left a job. Nearly 59% of participants said they would leave their professions, if they could, to escape the stress.