What does it really mean when a story is 'trending?'

Who's doing the Tweeting, people or robots? 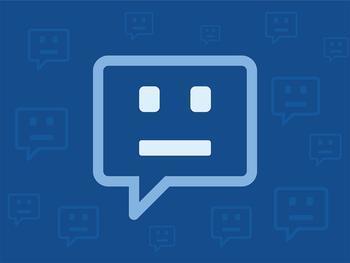 A story trends on Twitter. The news media notices. Suddenly, it's getting covered in blogs, on TV newscasts and on the front page of newspapers, causing government policymakers to take notice.

That's the world in which we live, and that's fine if thousands of people care about it and are pushing the issue to the front burner. But what if all those Tweets and re-Tweets are the work of robots?

New research from the University of Georgia suggests that could often be the case.

We've known about these simple computer programs for years. They can be used for all manner of automated tasks, some legitimate and some not. The Georgia researchers say this is the first time bots' clout in social media has gone under the microscope. Elena Karahanna, study co-author and professor of management information systems, says bots' may be anonymously affecting media reports and social media research.

“Bots amplify the message," said Karahanna. "They amplify how many people the message reaches and how fast it reaches them.”

Salge discovered what she calls odd patterns in data she was researching that led her to uncover "a secret world of fake Twitter accounts" working to push different agendas. It was similar, she said, to the “fem bots” created by the extramarital dating site Ashley Madison, that came to light a couple of years ago.

While companies may be using bots to increase profits, the researchers say advocacy groups are using them to advance a cause.

"We know from prior research that boycotts and protests that attract mainstream media attention are in a better position to get their demands met," Salge said. "It appears that a lot of movements are using bots to increase awareness of their cause on social media with the hopes to be reported by the mainstream media."

For information consumers, it can be confusing and unsettling. Bots can be used to spread so-called "fake news," but also to spread facts. Bots occupy an ethical gray area, Karahanna says, which makes being able to identify them important.