What consumers can expect from the first ‘Always Connected’ PCs

Qualcomm aims to make the PC more like a smartphone 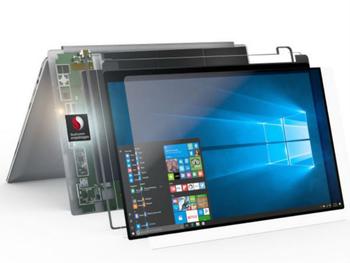 Earlier this week, AMD and Qualcomm Technologies announced that they are partnering to launch the first Windows 10 PCs to be powered by Qualcomm Snapdragon processors.

By equipping PCs with LTE modems, Qualcomm hopes to provide consumers with devices that always stay connected to the internet without relying on Wi-Fi. What’s more, the battery life of the new devices is measured in days, rather than hours.

Qualcomm says it believes the Always Connected PC is “the future of personal computing.”

What consumers can expect

In an interview with ConsumerAffairs, Brett Howse, tech writer at Anandtech.com, broke down the potential pros and cons of the new devices.

The always-on nature of the PCs will give them the ability to wake up instantly, the same way a smartphone or mobile tablet does. While Howse thinks the power management of the Qualcomm chips will likely be the biggest boon for consumers, he isn’t certain whether their cellular capabilities will be a big draw.

“I'm not sure if the cellular connection is going to be as big of a deal for home users, but that depends on how much they use their laptop outside the home right now,” he said.

“As for performance, the initial devices are certainly going to have a performance deficit compared to Intel Core or AMD Ryzen CPUs. We've not had a chance to test any yet though so it's hard to place how far below a Core chip they will be.”

Tech experts say it remains to be seen whether Qualcomm and AMD have found a way to create power-efficient PCs that run well. If the devices take a long time to load an application or perform other tasks, then Always Connected PCs may not find a large audience.

In terms of cost, Howse says that consumers should expect a price point that is lower than traditional laptop models. However, he points out that only two of the premium models have been announced so far, so that could change.

Other experts have pointed out that some consumers may be deterred by the fact that the LTE service will require yet another monthly bill.

The first of the AMD-powered “Always Connected” notebooks are expected to hit the market early next year.