What causes you the most financial stress? 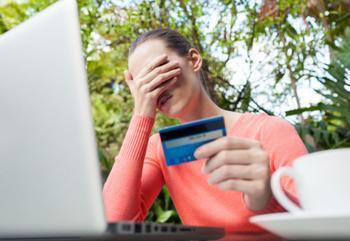 Money probably is not the root of all evil, but it probably is the cause of a large share of financial stress.

GoBankingRates surveyed 7,000 consumers nationwide and found a common set of issues tends to keep people up at night. Number one of the list, not surprisingly, is managing credit card debt.

More than 20% of the consumers in the survey said paying off debt – mostly credit cards – was the biggest source of financial stress in their lives.

According to a report by Value Penguin, the average American household debt totals $5,700. But the average for households carrying a balance is three times as much – $16,048.

That no doubt is a major stress point, since it will take years, and sacrificing future spending, in order to pay it off.

Second on the list of financial stresses is worrying about not being able to retire. It stands to reason that if you are struggling to pay off large amounts of debt, you aren't putting much money away for retirement.

In terms of demographics, it is men and women between the ages of 45 and 64 who feel this stress the most.

The same percentage of consumers are stressed because they have saved no money to meet an emergency expense. A rule of thumb is having enough money to pay living expenses for six months, but few people in the survey said they had that.

Interestingly, it was consumers of retirement age – those 65 and older – who are the most stressed about the lack of emergency savings.

Paying for education is a source of stress for 13% of consumers – mostly young people and their parents. Lack of stable income – such as working part-time instead of full-time – causes heartburn for nearly 12%.

In something of a silver lining, stressing over the rent or mortgage payment was mentioned by just under 10% of consumers, suggesting at least most are able to meet that basic cost of living.

Kristen Bonner, lead researcher for the study, says the results were broken down geographically, but do not show huge disparities by region.

The troubling takeaway, she says, is that consumers appear to be stressed by financial events that occurred in the past and are not looking forward and focusing on improving their financial futures.